What Happened to Kianna Galvin from Illinois? 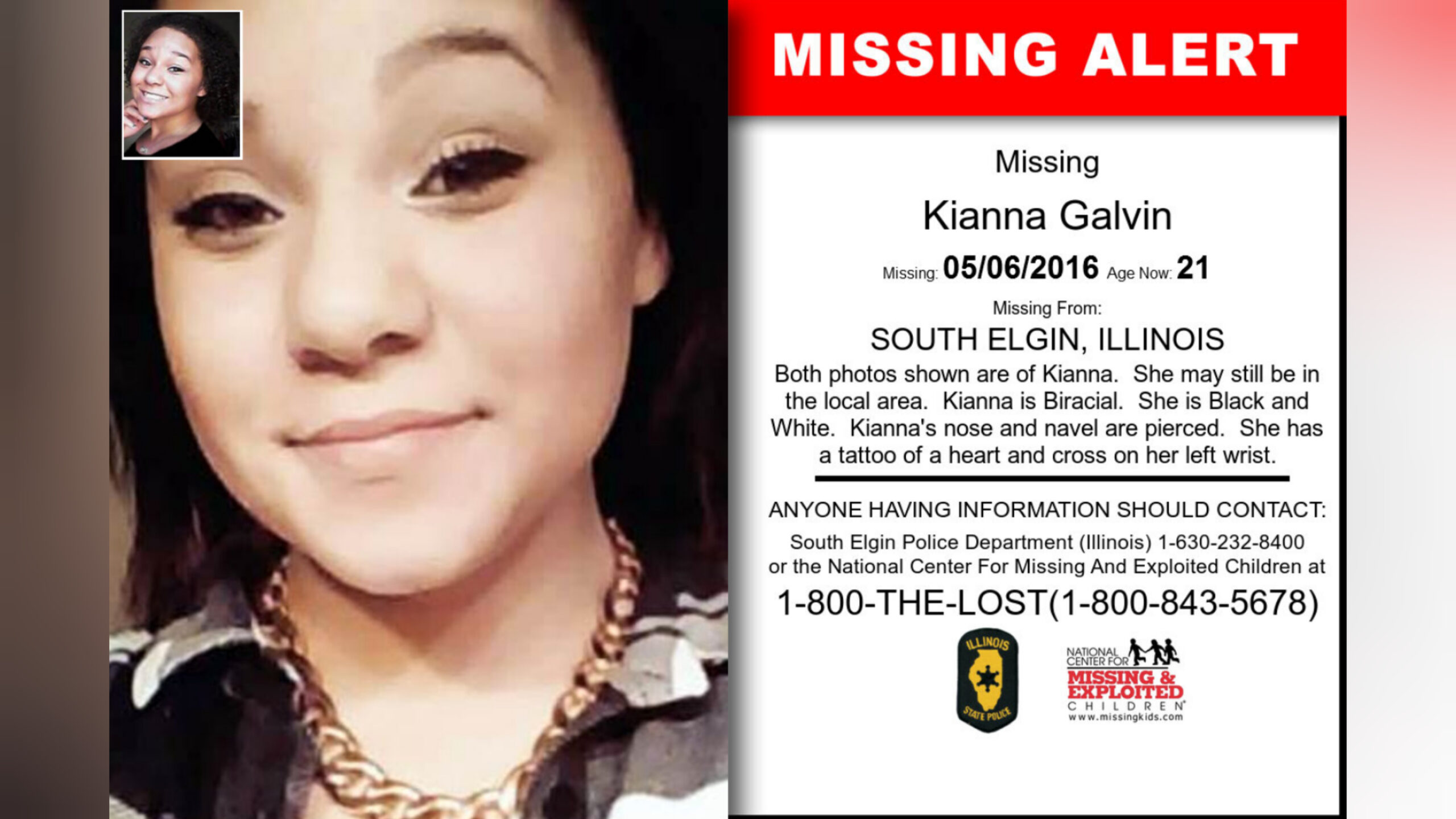 17-year-old Kianna Galvin was last seen in South Elgin, Illinois on May 6, 2016. At 12:30 p.m., she told a family member she was going to walk to Jim Hansen Park and would return in a few hours.

She never returned and has never been heard from again.

Although many agencies classify Kianna as a runaway, investigators don’t believe she left of her own accord. She had never run away from home before. None of her friends or family members have heard from her since she disappeared. She also left behind her wallet, purse and cell phone charger, and she has no car, bank account or credit cards. Her cellular phone hasn’t been used since 2:00 p.m. the day she went missing.

Similar: What Happened to Morgan Martin from Florida?

Kianna had been on juvenile probation prior to her disappearance, and her probationary period had recently ended. She had attended South Elgin High School and then Auburn High School in Rockford, Illinois, and was working on getting a GED. She was thinking of attending an art and design school in Atlanta, Georgia.

Kianna wasn’t dating anyone at the time of her disappearance; she’d recently broken up with her ex-boyfriend, but he’s been ruled out as a suspect in her case. The day before her disappearance, Kianna was fired from her job. However, she seemed to be cheerful when she was last seen.

Authorities stated that instead of going to the park on the day she disappeared, Kianna went to visit a man who lived in the basement of a residence on Revere Road. She had arranged to meet the man to get some marijuana.

Similar: Monica and Michael Bennett Vanished from Georgia in 1989 Under Suspicious Circumstances

The man was questioned by police and said she never went inside his house and that she had left at 12:45 p.m. while texting another man. But, Kianna’s cellular phone records show there were no texts sent between 12:35 p.m., when she texted the Revere Road man to say she was on her way to his house. At 1:10 p.m., when her phone was disconnected from the cellular network. Authorities believe its battery was removed or the phone completely destroyed.

The man’s next-door neighbor contradicted his statement, saying he saw Kianna go inside his house. The same neighbor found blood on his garbage can lid on May 12, six days after Kianna’s disappearance. The blood was later confirmed to be Kianna’s.

The man Kianna visited on the day of her disappearance was later convicted of assaulting a woman and sentenced to fifteen years in prison. He has not been named as a suspect in her disappearance, but he is a person of interest, and police searched his residence in November 2016. What, if anything, was recovered has not been released to the public.

Foul play is suspected in Kianna’s disappearance; authorities believe she was murdered shortly after she disappeared. Her disappearance remains unsolved.