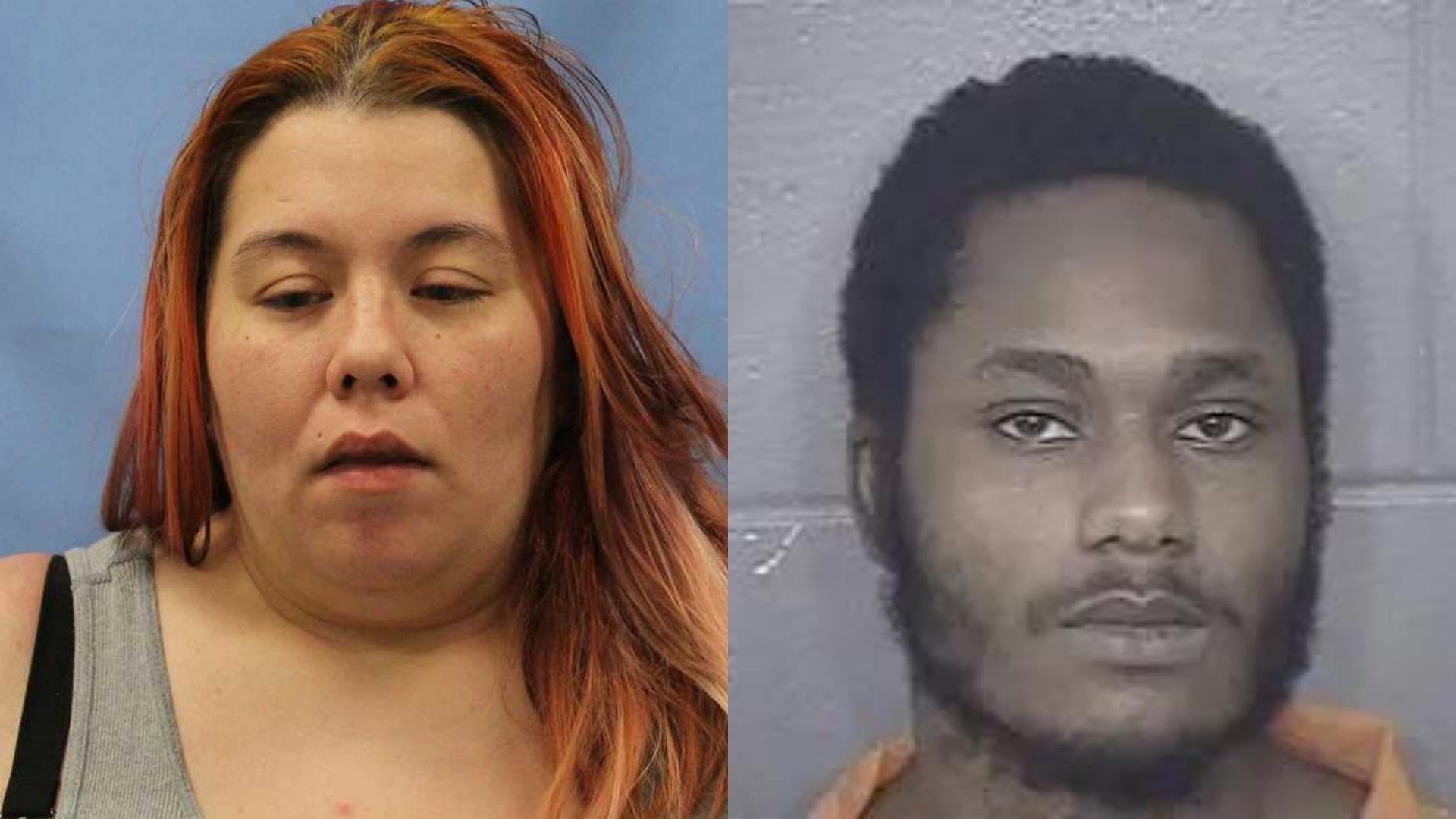 Two people have been charged after a crash, police chase, and stabbing of a young child Monday in Blue Springs, Missouri.

Blue Springs police were originally dispatched to the area of Missouri 7 Highway and U.S. Highway 40 to investigate a crash involving a 2010 Chevrolet Cobalt.

As police arrived, officers reported seeing the Cobalt fleeing northbound on 7 Highway. The car, driving on a damaged tire and rim, indicated it would pull over for police before taking off again, at times driving as fast as 60 miles per hour in a 35-mile-per-hour zone.

Charging documents state officers noted the car was weaving in and out of traffic and ran a red light at 7 Highway and Mock Avenue.

The driver finally proceeded under a 7 Highway overpass, turned east onto Northwest Shaw Parkway, and came to a stop. Case documents said officers approached the car with guns drawn and saw a woman in the driver’s seat with her hands up, a man in the passenger seat with his hands up, and a young child in the man’s lap, crying hysterically with a large open wound on his abdomen.

Police identified the driver as Tabatha S. Ong and the passenger as 24-year-old Anthony N. Beighley-Beck. The young child was Beighley-Beck’s 18-month-old son.

The toddler was immediately rushed to an area hospital where he required emergency surgery for his wound, which exposed his liver and intestines. The child was then placed in the intensive care unit. Doctors told investigators the wound could not have happened in the original crash — that instead, it was a “clean-cut.”

Probable cause documents in this case state after his arrest, Beighley-Beck agreed to speak with police about what happened. He told detectives that his son had been hurt in a car accident.

Detectives responded to Beighley-Beck, saying doctors said the injury was from being cut, and that it didn’t happen in the car crash.

Beighley-Beck reportedly told detectives that he felt like he was being set up by relatives with the sole aim of getting custody of his son so they could abuse him. Beighley-Beck said he believed he would be imprisoned after the car wreck, leading his son to be placed in the custody of relatives.

Beighley-Beck told detectives that after the vehicle pulled over, he had a knife in his hand that he intended to use on police until he saw officers had their guns out. Documents say he told officers that he didn’t want to get shot.

The Jackson County Prosecutor’s Office has charged Ong with endangering the welfare of a child, and Beighley-Beck with first-degree assault and armed criminal action.

Prosecutors have requested no bond for Beighley-Beck.