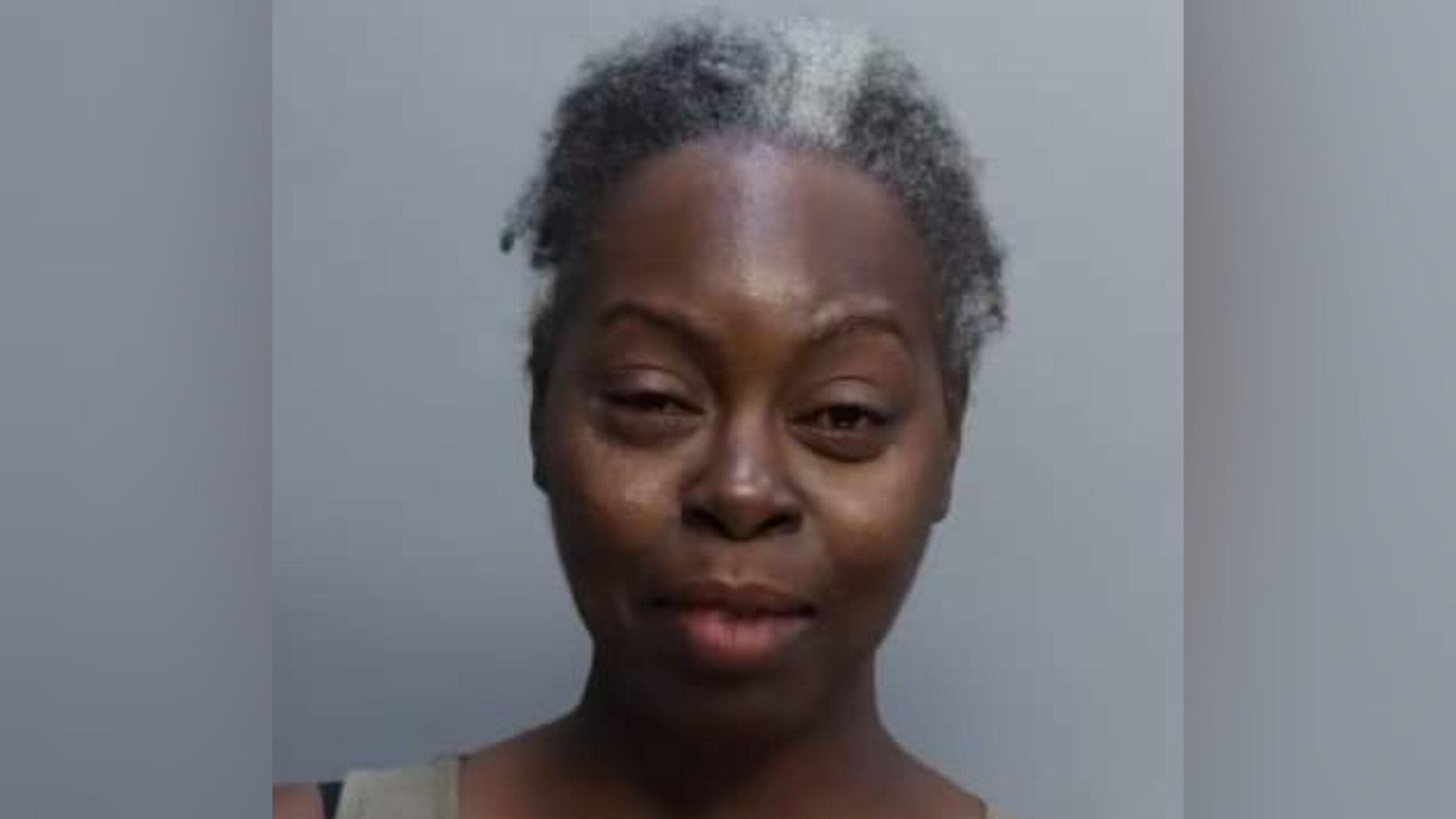 Miami-Dade police officers said a woman poured gasoline on her ex-boyfriend in an effort to set him on fire, then told police the man lied and that he was the one who tried to kill her with the liquid.

Police responded to Northwest 52 Street in Miami, Florida in response to a domestic incident between a couple on Sunday, April 24, around 10:50 a.m.

According to the arrest report, Deandre Blackshear told police he was in the bathroom when his daughter said someone was yelling outside and screaming his name. When he went outside, he told police he saw his ex-girlfriend, 40-year-old Lasonja Peterson, and that she was screaming.

Blackshear told police that when she saw him, she reached into her purse and pulled out a bottle of gin which she then proceeded to pour on him.

She then took out another bottle, according to Blackshear, which he said smelled like gasoline. Peterson claimed it was acid as she attempted to pour that on Blackshear.

Shen then took out a lighter and set the bottle on fire, throwing it at Blackshear while stating she was going to kill him.

Peterson then fled the scene, according to Blackshear.

Police say Blackshear had no visible injuries, but he did smell of gasoline.

El Portal police officers went to Peterson’s home on Monday, but she was not home. The suspect called El Portal police two hours later to create her own report saying that Blackshear had come to see her and he had poured the gasoline. She said her ex-boyfriend had lied to the police.

Investigators said that Peterson was arrested and is charged with aggravated assault with a deadly weapon.