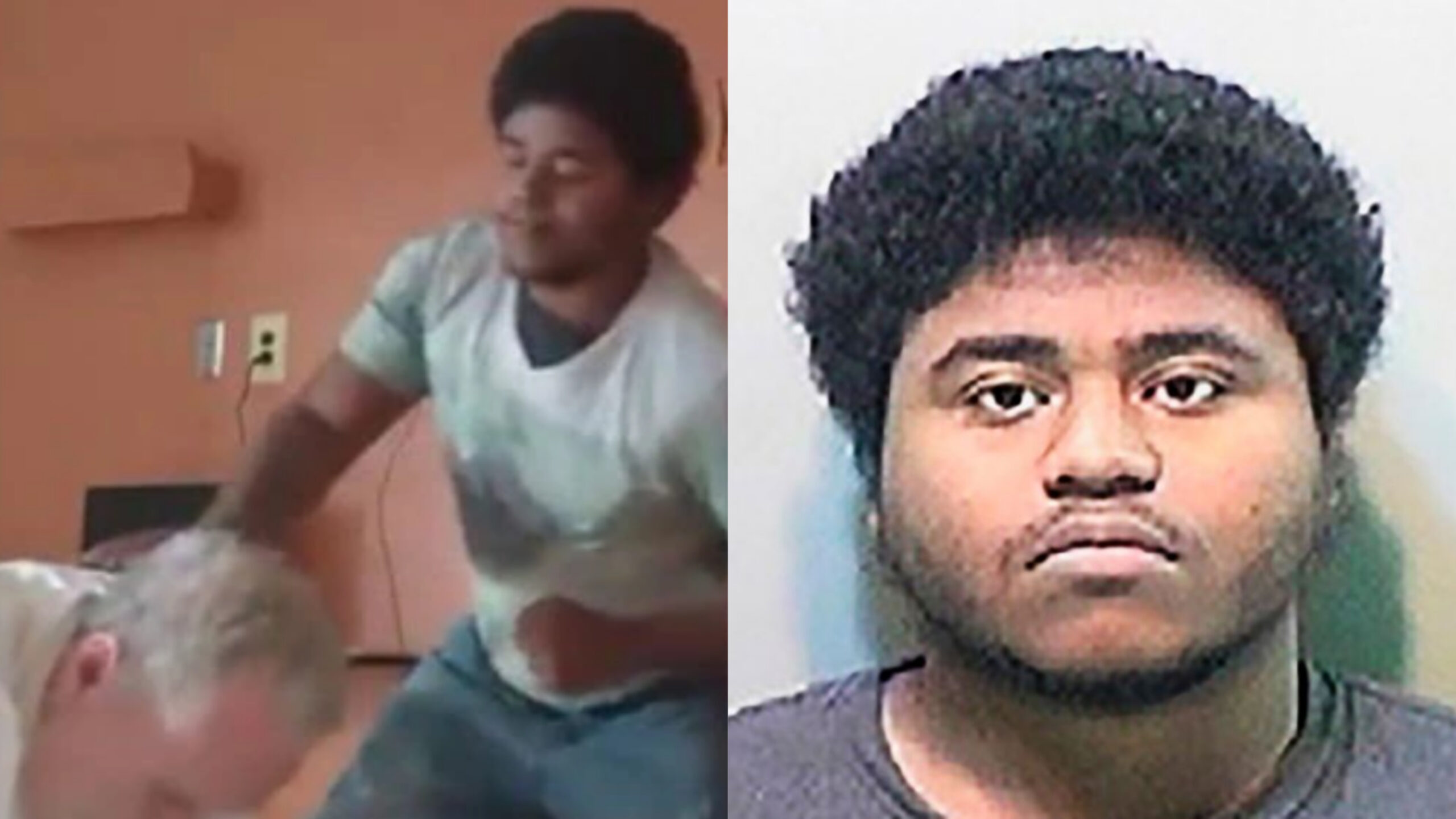 “He shouldn’t be in prison,” Marty Hayden said about his son Jadon who had been facing multiple charges including assault for the May 2020 beating of Norman Bledsoe inside a nursing home in Detroit, Michigan.

The charges against 22-year-old Jadon Hayden were dismissed after he was found incompetent. Hayden now resides in a psychiatric hospital in the Kalamazoo area where he cannot come and go.

Marty Hayden said if his son had been convicted and sent to prison, it would have only worsened his mental health issues.

“So the system is going to fail him again. He’s not going to be rehabilitated,” Marty Hayden told local news on Tuesday, adding that because of his son’s mental health issues, he cannot understand the gravity of his actions.

Marty Hayden is hoping to find a lawyer to hold those responsible for placing his son in the nursing home, where he believes he was set up to fail and Bledsoe to become a victim.

“Why should you put him in a nursing home? All around elderly people,” he said.

Jadon Hayden videotaped himself repeatedly hitting Bledsoe as the Army veteran laid in his bed. The two men shared a room at the Westwood Nursing Center on Detroit’s west side.

Jadon Hayden was in a group home in Washtenaw County when he called his father to say he was hearing voices and thought people were out to kill him.

“He was in crisis mode,” Marty Hayden said about his son who had a known history of assaultive behavior.

In early May 2020, Jadon Hayden called 911 so that he could be sent to a hospital for treatment. His father said it was at the University of Michigan Hospital in Ann Arbor where Jadon was then diagnosed with COVID-19. He said that’s when the 20-year-old who had dreams of becoming a boxer was sent to the nursing home to recover.

“They dropped the ball. Why would they put my my child in a nursing home,” said Marty Hayden, adding that everyone involved in making the decision to send his son to the nursing home should have seen that he had assaultive behavior in his record as well as other issues stemming from his schizophrenia.

“They should have known,” said Jadon Hayden’s attorney Brian Berry. “I think the facility had an idea of who Jadon was and what type of treatment he needed. I think they knew, or had a history, that he was schizophrenic and it should have been handled differently.”

Berry said while the charges were dismissed without prejudice, he thinks it’s unlikely the case will be refiled.

“Jadon’s condition is not going to change very much,” he said. “Unfortunately, both the victim in this case and the defendant were both in put in a bad situation.”

Bledsoe died in another nursing facility two months after the assault. His death was not ruled a homicide.

Bledsoe’s family has retained attorney Geoffrey Fieger and a lawsuit has been filed against the nursing home.

Marty Hayden said he extends his condolences to Bledsoe’s family. He said he also hopes those involved in placing his son in the nursing home will be held accountable.

Bledsoe’s brother said he is hoping that one day, Jadon Hayden will be held accountable for his actions.