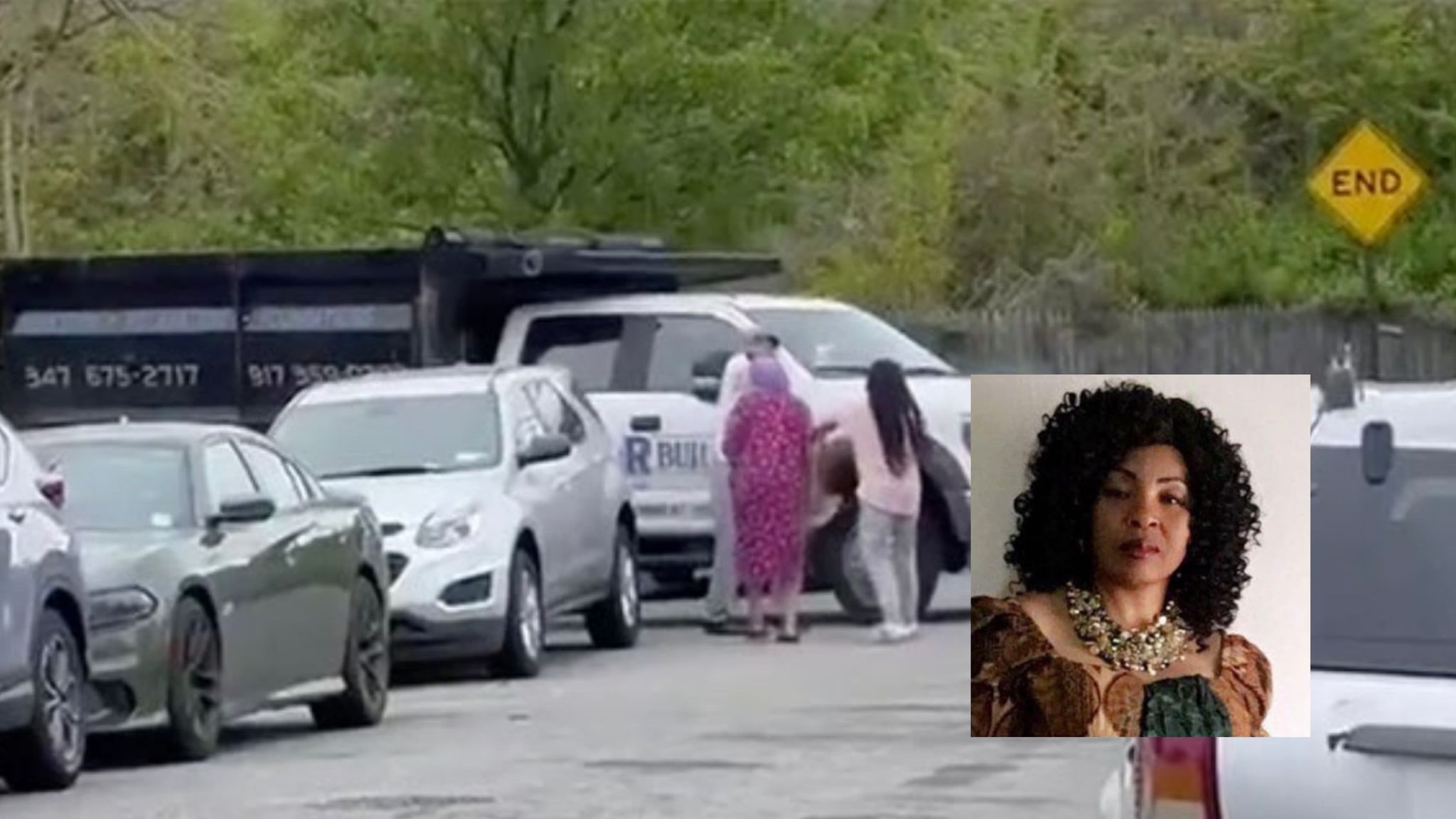 A New York mother crushed between two cars in a violent Mother’s Day hit-and-run outside her Queens home has died, a senior police official with direct knowledge of the case said Monday.

Police have been on the hunt since Sunday morning for the driver of the stolen landscaping truck accused of fleeing the South Jamaica street where 49-year-old Florence Ngwu was left pinned.

Multiple videos captured the horrifying moments the truck driver attempted to turn around in the quiet neighborhood and smashed a parked vehicle, sending it toward three people, including the mother.

The concerned neighbors had approached the erratic driver in an attempt to stop further damage after swiping initially a car. Ignoring their pleas, the driver made a U-turn before striking a silver SUV and sending it toward the group.

Ngwu was crushed between two cars as the landscaping truck sped off. She was rushed to Jamaica Hospital where the woman spent Mother’s Day fighting for her life.

“I was just trying to help her out. Just trying to calm her down because that’s her car. They hit her car,” said Sean Vassell, one of the people who jumped in to help. He said he suffered minor injuries in the incident. “I said ‘it’s fine, don’t worry you got the plate number. Just let him go. And just stay in the back and walk away.'”

Police found the truck abandoned more than a mile from the scene. Senior police officials said it had been reported stolen two hours before the hit-and-run.

A description of the suspect has not been released, but the senior official said investigators have video of the driver and are working to identify the suspect.

Ngwu was an immigrant from Nigeria working as a nursing aide, family said. She had four children.

No arrests have been made. The NYPD is offering a reward for information on the driver.