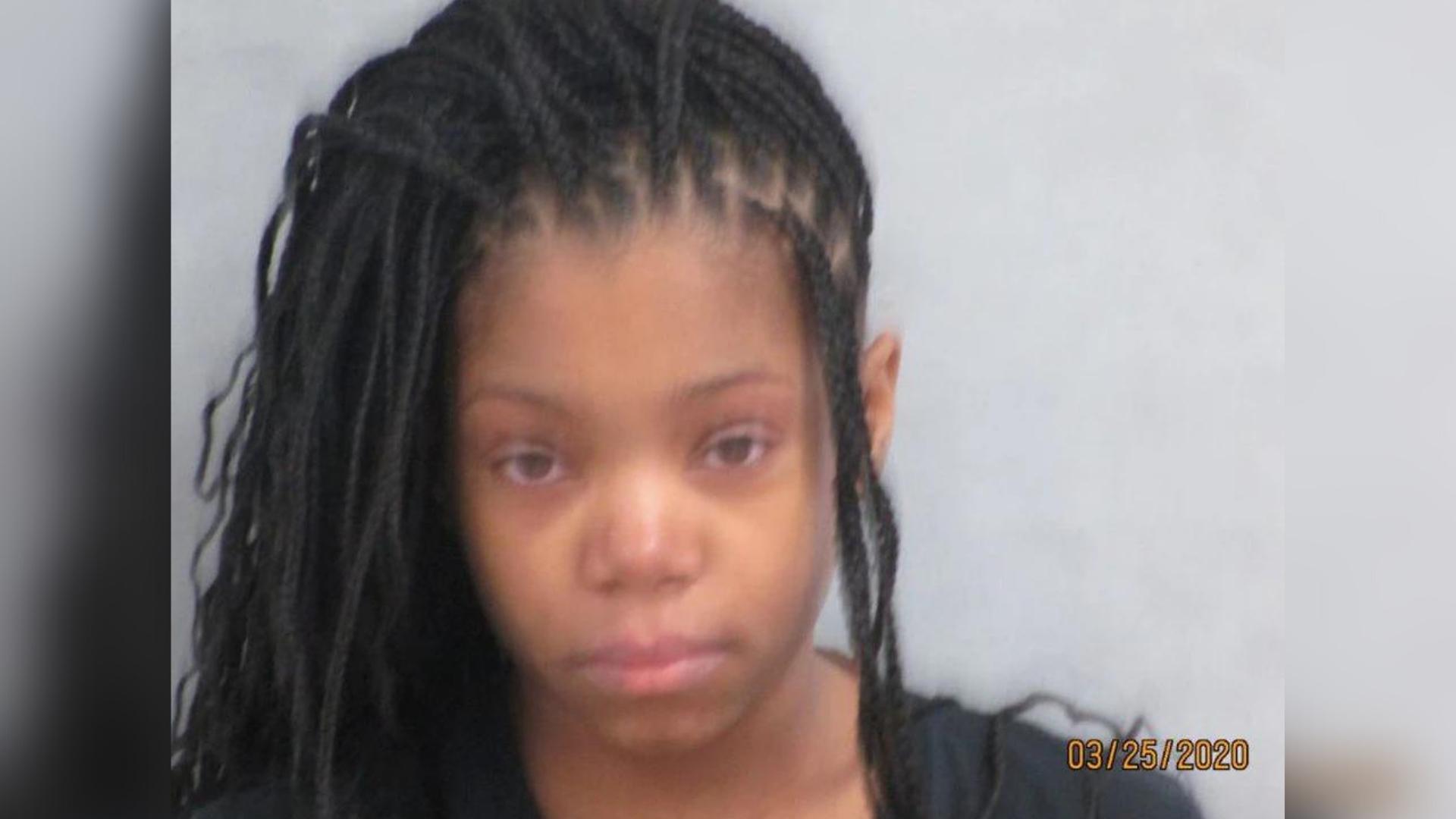 The mother of a baby who was found dead in the trash at Ohio’s Hiram College in October 2019 faced a judge for sentencing on Tuesday.

Breyona Reddick was sentenced to at least 10 years in prison.

Reddick insisted to the doctors who discovered an umbilical cord in her in October that she had never been pregnant.

She offered to show them photos of two negative pregnancy tests she took to prove it.

She said the same thing to Hiram’s police chief, who questioned her at Geauga Medical Center after a cleaning crew at the college dorm where she lived found a newborn dead in a trash bag.

And, after doctors diagnosed her with psychosis and local amnesia and admitted her in the hospital’s psychiatric unit, she still said she did not remember being pregnant.

Now, after a deputy medical examiner used a widely discredited test that his own boss said was unreliable to help him determine that the 7-pound baby Reddick delivered in her dorm bathroom was born alive.

“This case was an unmitigated tragedy for everyone involved,” Patituce said. “We appreciate the prosecutor’s reasonable approach to the case and hope Miss Reddick can move forward.”

Reddick, who grew up near East 119th Street and Kinsman Road in Cleveland, went to the Cleveland Clinic shortly after she graduated from John Adams High School in June 2019 with complaints of painful cramps during her menstrual cycle, according to court records. She told a doctor the cramps, which usually occurred on the first day of her cycle, were sometimes so debilitating she would vomit and miss school.

A doctor diagnosed her with dysmenorrhea, a condition of severe menstrual cramps, and prescribed her medication.

Reddick, who is 4 feet 11 inches tall, weighed 108 pounds at the visit, the records say. She would have been five months pregnant.

Reddick turned 19 on Oct. 16, 2019, and her family later reported that she had been complaining that she was constipated at a gathering, according to records.

Reddick said her father gave her a laxative and told her to drink some apple juice, the documents indicate.

At some point, overnight between Oct. 17 and Oct. 18, Reddick got out of bed and went to use the bathroom.

Reddick said her roommate came to help when she heard Reddick struggling and helped her to go to the bathroom after her days long constipation.

About 11 a.m. Oct. 18, 2019, members of a cleaning crew found a black trash bag inside a bathroom at the Whitcomb Dorm and carried it outside to put it in a dumpster, according to court records. One of the members decided to open the bag and discovered the newborn’s body wrapped in pieces of clothing.

Paramedics did not attempt to resuscitate the baby and pronounced him dead.

Police did not find any witnesses in the dorm who saw or heard the baby alive.

When Reddick went to the hospital about 3 p.m. that day, she weighed 110 pounds, just two pounds more than her weight at her appointment four months earlier, records say.

She insisted she had never been pregnant and told staff she was a virgin, according to records. She said she believed paramedics took her to the hospital to treat her constipation.

Doctors diagnosed her with psychosis, local amnesia and dissociation, a condition where pregnant women become detached from the reality that they are pregnant.

They had her involuntarily committed to the hospital’s psychiatric ward, where she spent five days undergoing therapy and treatment, records say. Doctors noted that she was “sweet” and cooperative, but still said she had no recollection of being pregnant or giving birth.

The Portage County coroner’s office asked its counterpart in Cuyahoga County to conduct the autopsy. Todd Barr, the deputy medical examiner, did the procedure.

Barr determined the newborn weighed 7 pounds, 15 ounces and was 22.5 inches long. There was no food but meconium, the dark fluid that is in the stomach of fetuses and newborns until replaced with milk or formula.

Barr examined the lungs, which he reported being a dark, reddish purple, and found several air sacs were partially expanded.

Barr also conducted the controversial lung-float test, where the lungs are placed in liquid. If the organ floats, then the theory is that it contains oxygen, which is a sign that the newborn had drawn a breath — and was, therefore, born alive.

Barr cut the lung into pieces, and the pieces also floated, the report said.

Barr noted that he found no evidence of decomposition and no effort to resuscitate the child.

Barr determined that the baby boy was born alive and died of “asphyxiation due to exposure and postpartum inattention,” according to the autopsy.

The Portage County coroner’s office used the determination to deem that the boy’s death a homicide.

Schwartz, Reddick’s attorney, questioned Barr’s use of the lung-float test in court filings and asked Common Pleas Judge Becky Doherty to bar his testimony about the test from court.

Reddick spoke at her sentencing, calling the decision to abandon the baby a “lapse in judgment.”

In January 2022, Reddick said she gave birth to another child.