Connecticut Mother Killed Her 3 Kids Before Killing Herself 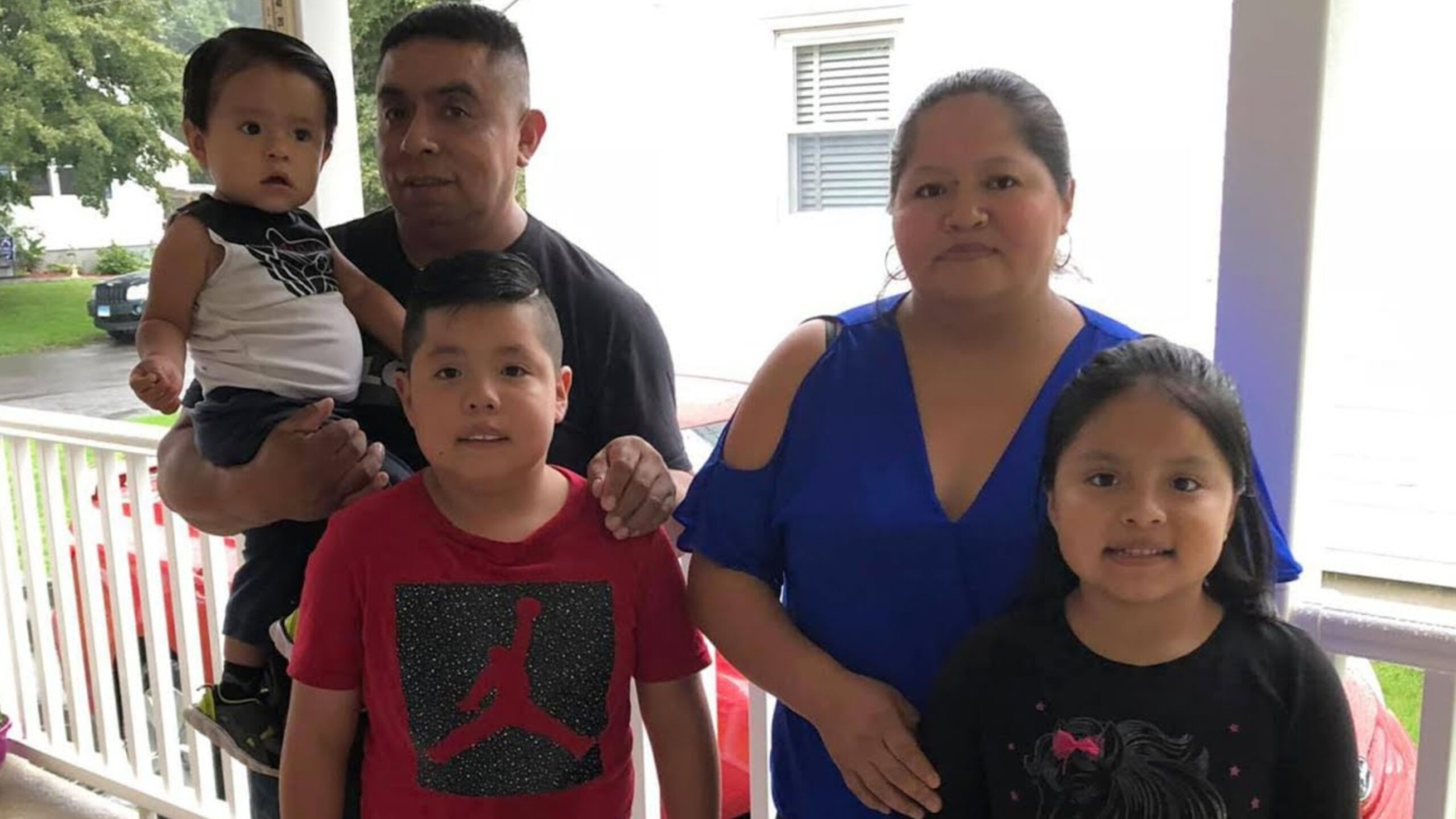 The Connecticut mother who was found dead at home this week along with her three kids had strangled the children before taking her own life, police said Thursday.

36-year-old Sonia Loja was identified by Danbury police as the woman found dead from suspected asphyxia by hanging in a shed behind a single-family home on Whaley Street, where cops responded for a wellbeing check at about 6:30 p.m. Wednesday.

“Pending an official autopsy, preliminary findings indicate that Ms. Loja strangled her three children before killing herself,” Danbury police said in a statement to The Post. “However, this is still an active investigation.”

Loja and her three kids lived at the home with Loja’s husband, Pedro Panjon, and his adult brother, neighbors said.

Autopsies were set to be conducted Thursday morning.

It was Panjon, who frantically and tearfully called 911, then collapsed to the ground in the yard after discovering the kids’ bodies, neighbors said.

Panjon had left the house at about 6 a.m. on Wednesday morning to head to his job in landscaping, a neighbor told The Post. His brother, who also lives in the home, left for work about four hours later but “didn’t see anything weird,” neighbor Elvis Espinal said.

Loja ran an illegal day care out of the house, which was fitted with playground-style equipment in the backyard, neighbors said. She had told parents of the kids she took care of not to drop them off on the day of the killings, Espinal said.

Panjon couldn’t get in touch with his wife, so he requested a wellness check but got to his house before cops arrived, according to Espinal.

“A couple minutes later, he came out and he called 911 and just fainted to the ground,” the neighbor said. Cops later found Loja hanging in a shed in the backyard, next to a large swing set.

Panjon, shared a heartbreaking post on social media Wednesday night, showing a black ribbon with a Spanish phrase that translates to “Rest in peace, Now you are in a better place with God.”

He also shared photos of Loja and the children in happier times, including a picture of the mother holding Jonael in her arms above a birthday cake with a lit candle as the other children look on.

Neighbors were left shaken by the crime, saying the “quiet” family lived there for four or five years.

“What was she thinking?” said one neighbor, whose property abuts the house and who saw cops take Loja’s body from the shed.

“So yeah, we’d say hi and wave but they kept to themselves,” he added. “They had parties on the weekends, picnics. Just family.They kept the yard nice, they built that shed.”

Mayor Dean Esposito characterized the incident as a “truly horrible event” that rocked the Connecticut city.

“In the coming days, mental health and counseling services will be provided through collaboration with the Danbury Public Schools and the City of Danbury,” Esposito said in a statement. “Our community grieves for the innocent lives taken from us. We will get through this together.”