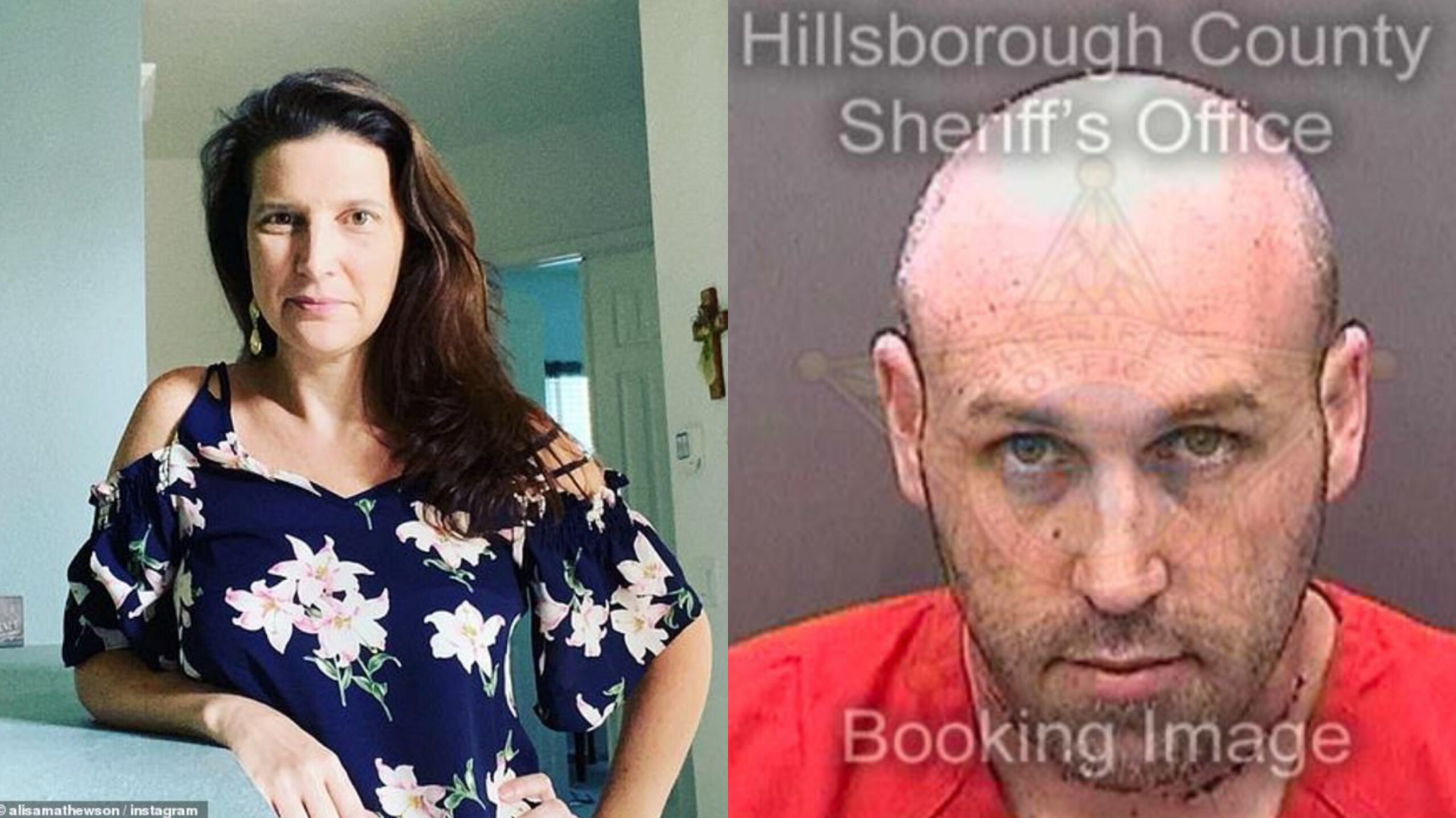 Relatives of a Florida man accused of kidnapping, raping and nearly killing his ex-wife as part of a murder-suicide plot continue to testify about the harrowing ordeal.

45-year-old Trevor Summers began representing himself in court on the second day of his trial and continued to do so on Thursday, after cross-examining both his ex-wife, Alisa Mathewson, and one of his children about his alleged crimes in March 2017.

Summers is accused of ambushing his then-estranged wife at her Tampa-area home with the coerced assistance of his eldest daughter, where he allegedly bound her, raped her and smothered her with a pillow until she lost consciousness.

On Thursday, he recalled that daughter, Arden Summers to the stand for questioning, according to Law & Crime. Arden, who was just 14 years old when the alleged crimes occurred, testified that Summers instructed her to help him, telling her he intended to reconcile with her mother.

The teenager had two phones — one from her mother and one from her father — and Summers allegedly instructed Arden to store his name as “Taylor.”

She testified that she and her brother, then-12-year-old Landen Summers, were unhappy that their mother was dating a new man and, earlier in the evening, Alisa had discussed with her and the two younger children, Bryn and Grady, the possibility of her and Jeff Mathewson moving in together; Landen and their other sibling, Cooper, were in their father’s custody at the time.

Hours before the alleged attack, Summers corresponded back and forth with Arden to ensure that Jeff Mathewson would not be there when he arrived, according to the prosecution, and to try to keep the new boyfriend from FaceTiming with anyone in the family.

Arden claimed her father requested that she leave her window open to help him sneak into the home, alleging Summers said it was so he could discuss legal matters with her mom.

According to Arden, she and Landen discussed their plans to leave a window open in a group chat with their father.

Summers allegedly arrived at his estranged wife’s house around 3:00 a.m., ordering Arden to leave wait in his car with Landen and a sleeping Cooper.

He then allegedly entered his ex-wife’s room, dragged her out of her bed — in which Bryn and Grady were sleeping — by her feet and physically assaulted her in the living room, ultimately restraining her.

At 5:13 a.m., Summers responded, “Yes, stay in the car,” before instructing Arden to get Bryn and Grady from inside Mathewson’s.

The 14-year-old child then drove “like an old man” in her father’s vehicle, according to Bryn’s testimony Wednesday, taking the children back to Summers’ house while Summers stayed behind.

After the children left, Summers allegedly sexually assaulted his ex-wife. During his cross-examination of her, he attempted to get her to admit that the sex was consensual because he had loosed some of her many restraints — including a scarf he’d tied over her head — and intimated that the couple had previously used scarves as restraints during consensual acts, which Mathewson strenuously denied.

When Summers cross-examined his now-13-year-old daughter, Bryn, on Wednesday, she claimed she saw scarves in her father’s back pocket when he’d been in the house. She said she recognized them as Arden’s scarves that her older sister kept at their dad’s home.

After cross-examining Bryn, Summers said, “It’s good to see you,” according to Law & Crime.

Summers supposedly planned to charter a boat in order to carry out his preplanned murder-suicide plot, prosecutors say, but ultimately wrote several suicide notes and then tried to slash his own throat in Mathewson’s car as police closed in.

On Thursday, prosecutors introduced copies of the suicide letters he wrote before he was captured — including Summers’ alleged confession, according to Law & Crime reporters.

“On March 11, I convinced my oldest daughter to let me in Alisa’s house to talk to her one last time to try to convince Alisa to come home,” the letter stated. “Using force, I fought with Alisa and tied her up in her bed until she agreed to leave with me. She got into her car with me, and we drove for hours until we found a secluded place where we sat and talked all day Saturday and Sunday.”

Prosecutors say that, after tying her up in her bed and eventually raping her, Summers actually drove a still-bound Mathewson around Hillsborough County and stopped at a Walgreens. Several bystanders there saw Mathewson escape and try to flee before witnessing Summers force her back into the vehicle and take off, prompting them to call authorities.

He allegedly slit one of Mathewson’s wrists as punishment for trying to flee and then holed up with her in her car in a secluded area of Manatee County for more than 24 hours, emerging only when they ran out of food and water.

“She tried to escape once from her ties, and I cut her wrist once,” the letter continued. “I wanted her to leave town with me, which she originally agreed to but changed her mind.”

Mathewson had testified that, when he suggested the two of them take the boat charter, she said she wanted to stay with the couple’s children, enraging him.

Mathewson was rescued on March 13 after sheriff’s deputies spotted their SUV at a local marina, according to the Tampa Bay Times. Officials had tailed the vehicle for about two miles.

According to the New York Post, Summers allegedly attempted to strangle Mathewson with a rope as authorities closed in, then began slashing at his own throat with a razor blade. Photos of Summers’ superficial injuries were also presented in the trial.

Investigators also found a lengthy letter to the couple’s five children, purported to be a suicide note.

“We should have never went down this road of divorce that tore our family apart and, more importantly, hurt you in the process,” the letter read, in part. “So we have ended it for your sake.”

At the time of the alleged crimes, Mathewson had already filed two protective orders against her Summers, including once after he allegedly pulled a knife, according to the Tampa Bay Times.

Near the end of the day on Thursday, he recalled his ex-wife to the stand.