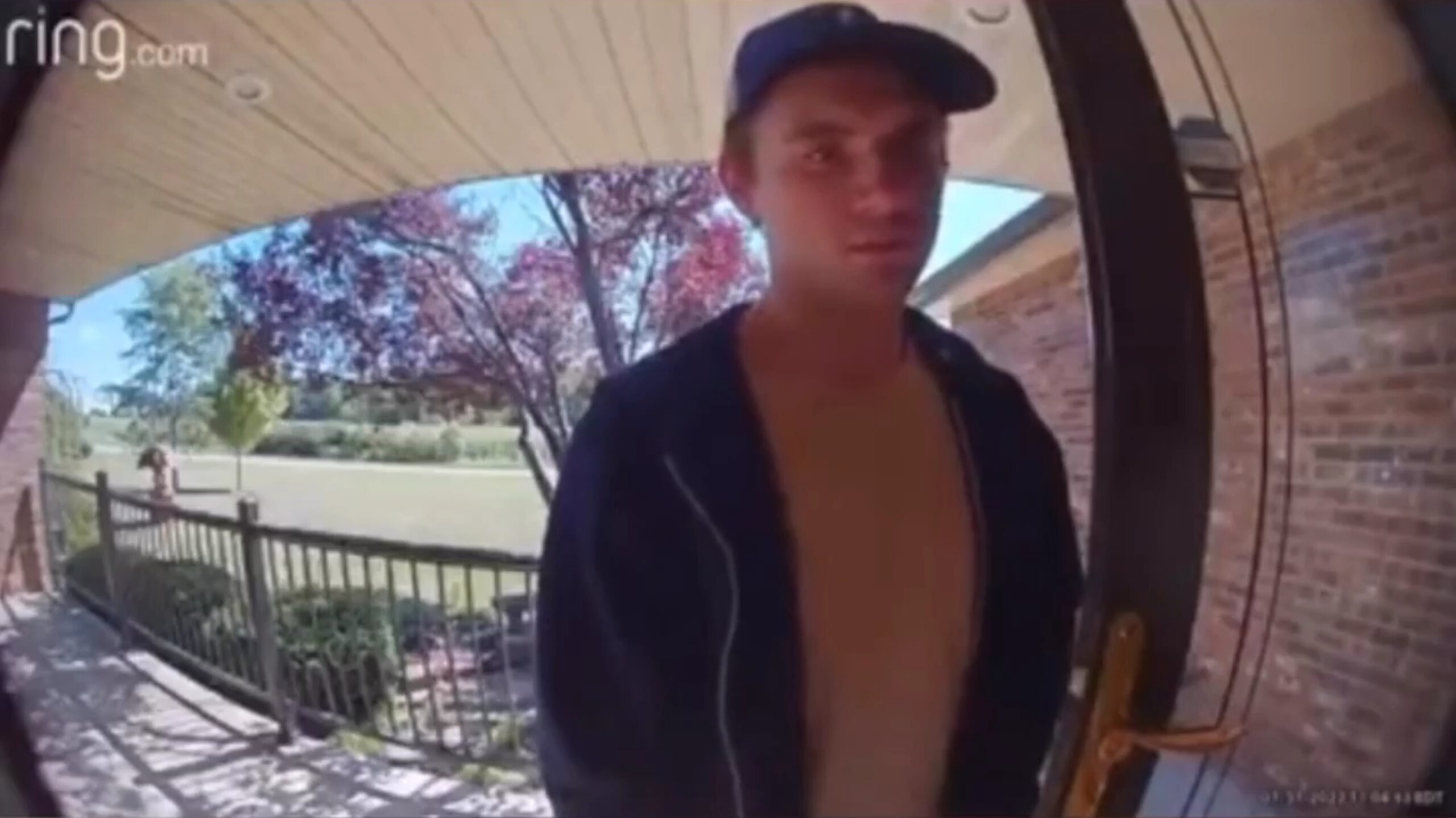 Doorbell camera video shows the moments an Ohio homeowner apparently shot his daughter’s 22-year-old ex-boyfriend to death as he allegedly was trying to bust down the front door over a year post-break-up.

A grand jury recently decided not to indict Mitchell Duckro with any crimes in connection to the deadly shooting of 22-year-old James Rayl through the door of Duckro’s home in Sydney, Ohio.

Duckro’s daughter, Allyson Duckro, had ended her relationship with Rayl more than 18 months prior, but the young man left a voicemail on her phone the night before showing up at her house around 11 a.m.

Ring Doorbell camera footage shows Rayl ring the doorbell and step back and wait for a few minutes. He then walks off before returning and ringing the bell again. Rayl is seen then opening the glass or screen exterior door before pulling at the handle of the main door.

Duckro and his family tell Rahl to leave, but Rahl instead begins to slam his body weight into the door. Duckro is heard from inside the home saying, “I’ve got a gun.” The Mail reported that Rahl broke the deadbolt and managed to get the door open a few inches before Duckro opened fire.

Rahl was struck three times – in the left and right shoulders and back — and is seen walking to the driveway before collapsing. A female voice is heard screaming inside after the sound of the gunfire.

A neighbor, identified as Jeffery Hereford, enters the frame and walks across Duckro’s front lawn, saying “Don’t shoot me.” Hereford late declares that “He ain’t got no gun.”

In the 911 call recording, Allyson Duckro reportedly told her father, “Dad, there’s nothing you could have done, you saved my life.”

A Shelby County grand jury was presented with the voicemail, 911 call and the doorbell camera footage and ultimately decided not to charge Mitchell Duckro, citing Ohio’s “Stand Your Ground” and “Castel Doctrine” establishing that homeowners can legally use lethal force when threatened.