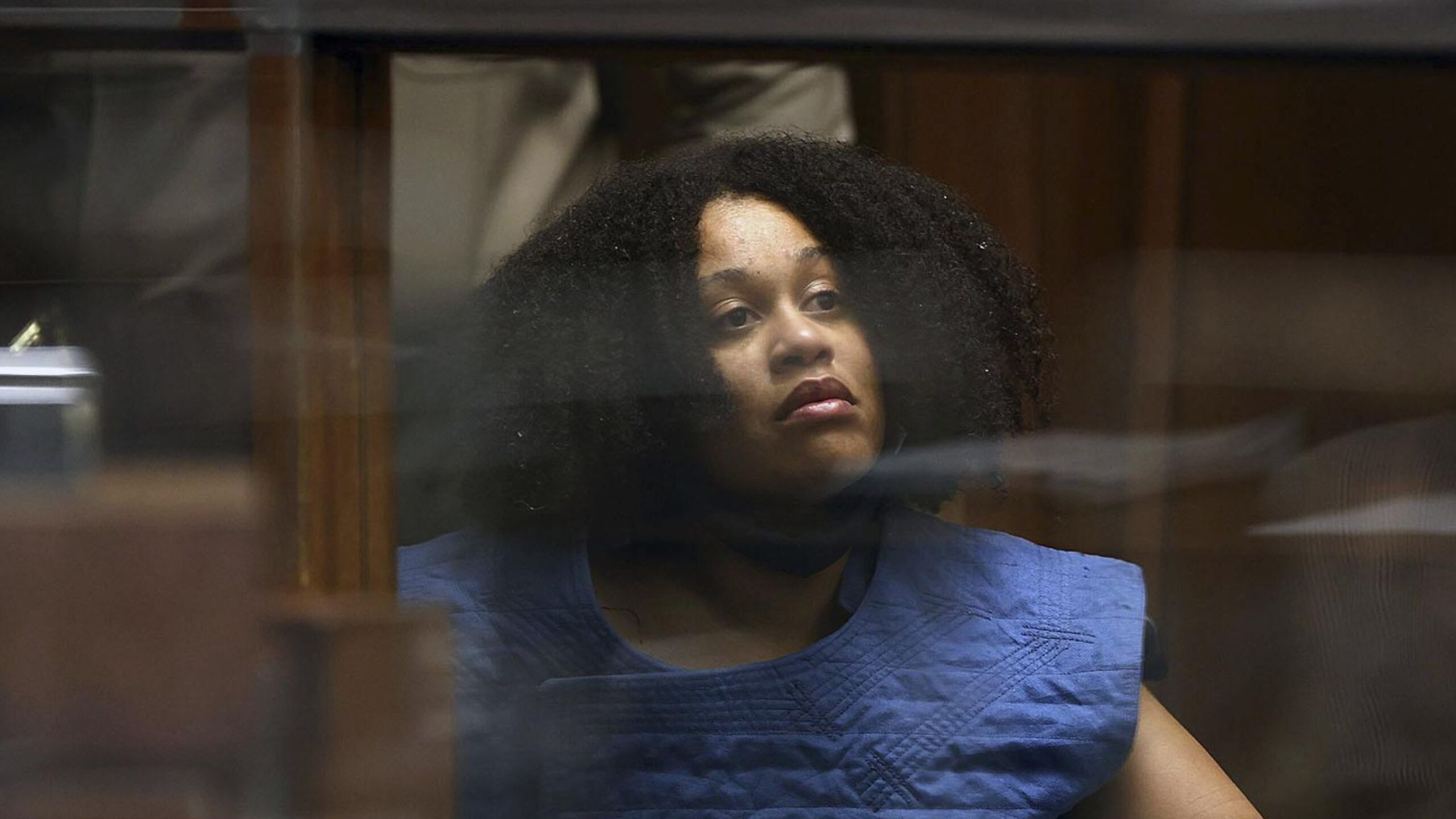 A bail review hearing is scheduled for Wednesday for the driver accused of running a red light and speeding into a Los Angeles, California intersection leading to a fiery chain-reaction crash that killed six people.

Nicole Lorraine Linton is held without bail. One of Linton’s attorneys, Halim Dhanidina, told a judge August 8 said he didn’t believe there was anything to justify treating Linton’s case equivalent to a capital murder case. He said she could reasonably post $300,000 bail.

Linton may have experienced an “apparent lapse of consciousness” during a mental health crisis in the moments , the Los Angeles Times reported Tuesday.

Information in a filing by Linton’s attorneys detail her four-year struggle with bipolar disorder and a determination by a doctor who treated her following the crash that “she has no recollection of the events that led to her collision,” The Times reported.

Linton, a 37-year-old traveling nurse from Houston who was working at Kaiser Permanente West Los Angeles Medical Center, was charged with six counts of murder and five counts of vehicular manslaughter with gross negligence. She could face up to 90 years to life in state prison if convicted as charged.

Lawmakers in California push for federal protections from heat stress for US workers
Los Angeles County District Attorney George Gascón said his office could not file a manslaughter charge in a case involving an unborn child for the Aug. 4 crash at La Brea and Slauson avenues.

Linton’s attorneys wrote that her mental health issues became apparent to her family in May 2018 when she ran out of her apartment during a panic attack, and when police approached her, she jumped on a police car and was arrested for disorderly conduct, The Times reported.

A few days after that arrest, Linton told her family that she believed she was possessed by her dead grandmother.

The next day, at Ben Taub psychiatric hospital, Linton required stitches on her forehead after she banged her head into a glass partition while ranting about the police and Supreme Court, the lawyers wrote. She sang Bob Marley as the medical staff treated her wound, the records say.

It was at Ben Taub that she was diagnosed with bipolar disorder and prescribed psychiatric medication, the defense motion says.

More than a year later, Linton was involuntarily committed to a psychiatric ward after a neighbor called her family after seeing Linton running around her apartment complex naked, the attorneys said.

Linton’s attorneys further reported her deteriorating mental health was exacerbated because she stopped taking psychiatric medication during the COVID-19 pandemic, according to The Times.

Linton began acting strangely, not sleeping and becoming obsessive about cleaning. She ranted at family members and accused them of stealing from her, her lawyers said.

“In the days and hours leading up to the events of August 4, Nicole’s behavior became increasingly frightening,” wrote her attorneys.

The day of the crash, Linton drove home from the hospital for lunch and FaceTimed her sister completely naked, according to the court papers.

Linton is accused of speeding her Mercedes-Benz into the intersection of La Brea and Slauson around 1:40 p.m. Aug. 4, broadsiding a vehicle and causing a fiery, chain-reaction crash that killed 23-year-old Asherey Ryan of Los Angeles, who relatives said was 8 1/2 months pregnant.

Her unborn child, Armani Lester, also died in the crash and is considered a victim, along with Ryan’s 11-month-old son Alonzo Quintero and 24- year-old boyfriend, Reynold Lester of Los Angeles.

They were all in one car, traveling to a pre-natal doctor’s appointment for Ryan, relatives said.

Also killed in the crash were Nathesia Lewis, 43, and her friend 38- year-old Lynette Noble, who were in another car. Eight other people were also injured.

Linton was hospitalized after the crash but survived. She is set to be arraigned Oct. 26.