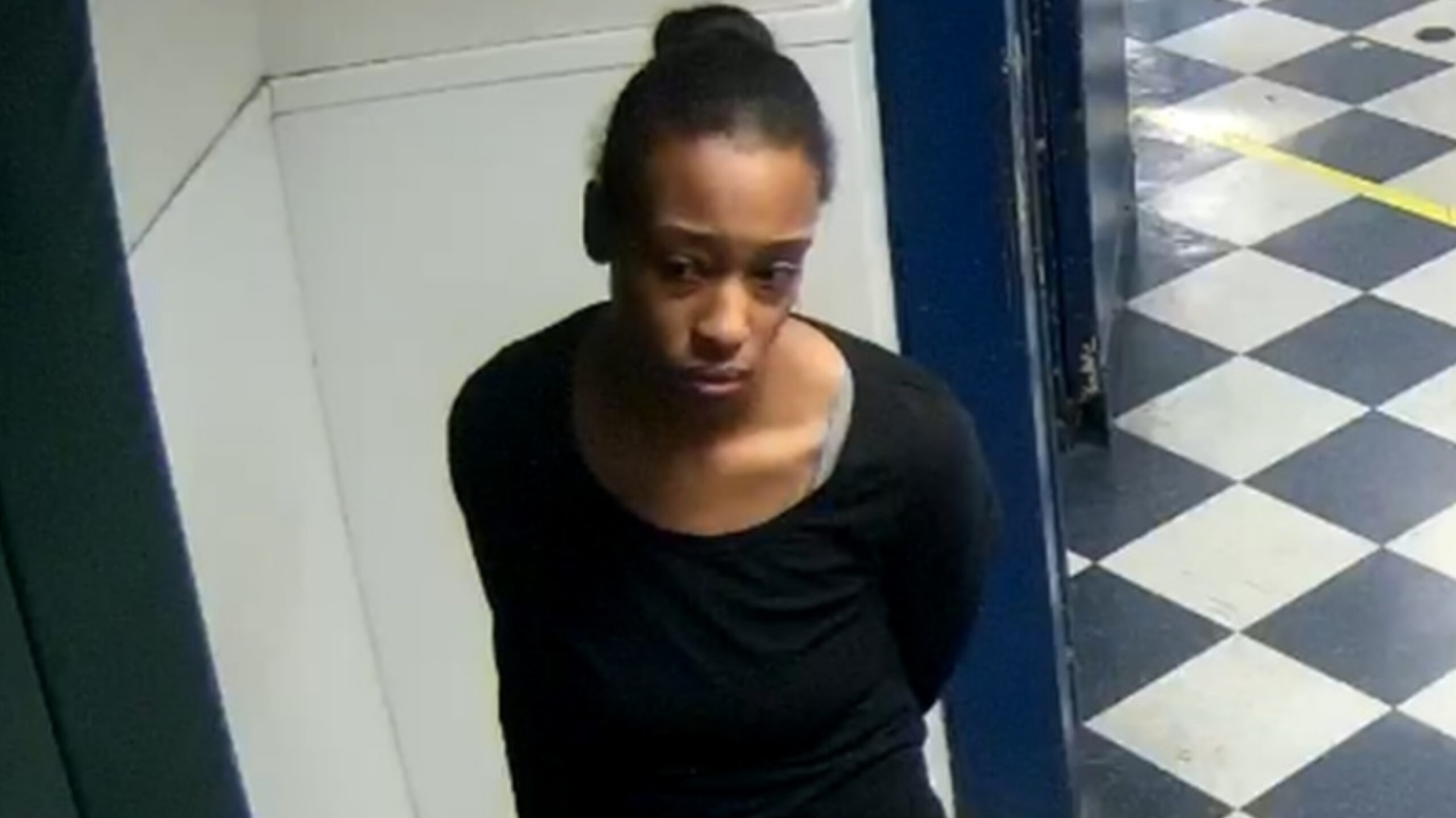 The Ohio woman who hit two people with her car outside of the Spring Grove Village Kroger was indicted on charges of aggravated murder and child endangerment, according to Hamilton County Prosecutor Joe Deters.

The driver who is accused of intentionally hitting two pedestrians right outside a Kroger store in Cincinnati Wednesday night, killing one of them and seriously injuring the other, was back in a Hamilton County courtroom as a judge set her bond at $500,000 for a murder charge.

24-year-old Taah’viya Chapman first appeared in court Thursday to face a judge on three charges initially filed by Cincinnati police related to the incident: two counts of felonious assault and one of child endangering because her 7-month-old baby was in the car at the time.

Judge Tyrone Yates set low bonds for all three charges, as well as a fourth charge from April 1 of interference with custody: $5,000 at 10%, which means she had to fork over just $500 per charge to walk out of the jail.

He also gave her the option to be fitted with an electronic monitoring device and stay at home under a release of her own recognizance, something that is typically for non-violent offenses, not felony assaults that put two pedestrians in the hospital.

Yates said at the time of her bail hearing, he did not know the crash was fatal. “She’ll be brought into court again on the arraignment of the murder charge,” he said Thursday afternoon.

Judge Yates said he made the initial bond decision based on her prior record and because she is a parent.

She may be a parent, but she lost custody of one of her children, a 4-year-old girl who Hamilton County Department of Job and Family Service has custody of now and turned over to the girl’s father.

The father gave the girl to Chapman to visit her relatives but then Chapman “refused” to return her daughter, court records show.

Chapman “did intentionally strike two people with her vehicle causing serious injury to one victim and causing the death of Christopher Griffith, based on witness statements and video,” a homicide investigator wrote in the murder affidavit.

It happened outside the Kroger store off Kenard Avenue in Spring Grove Village at about 8:15 p.m., according to Cincinnati police.

Griffith’s father said his son was dead when their local news contacted him Thursday. He said he was working to determine what happened.

“Our thoughts and prayers are with the victim and their family. As this is an ongoing investigation, we refer all questions to local law enforcement,” said Kroger spokesperson Jenifer Moore.

Chapman was admitted into the Hamilton County Justice Center on the four charges at 12:53 a.m., according to the jail’s website, just 10 minutes after Griffith died at the hospital.

On Friday, Judge Yates set Chapman’s bond at $500,000 for the murder charge, according to court records.