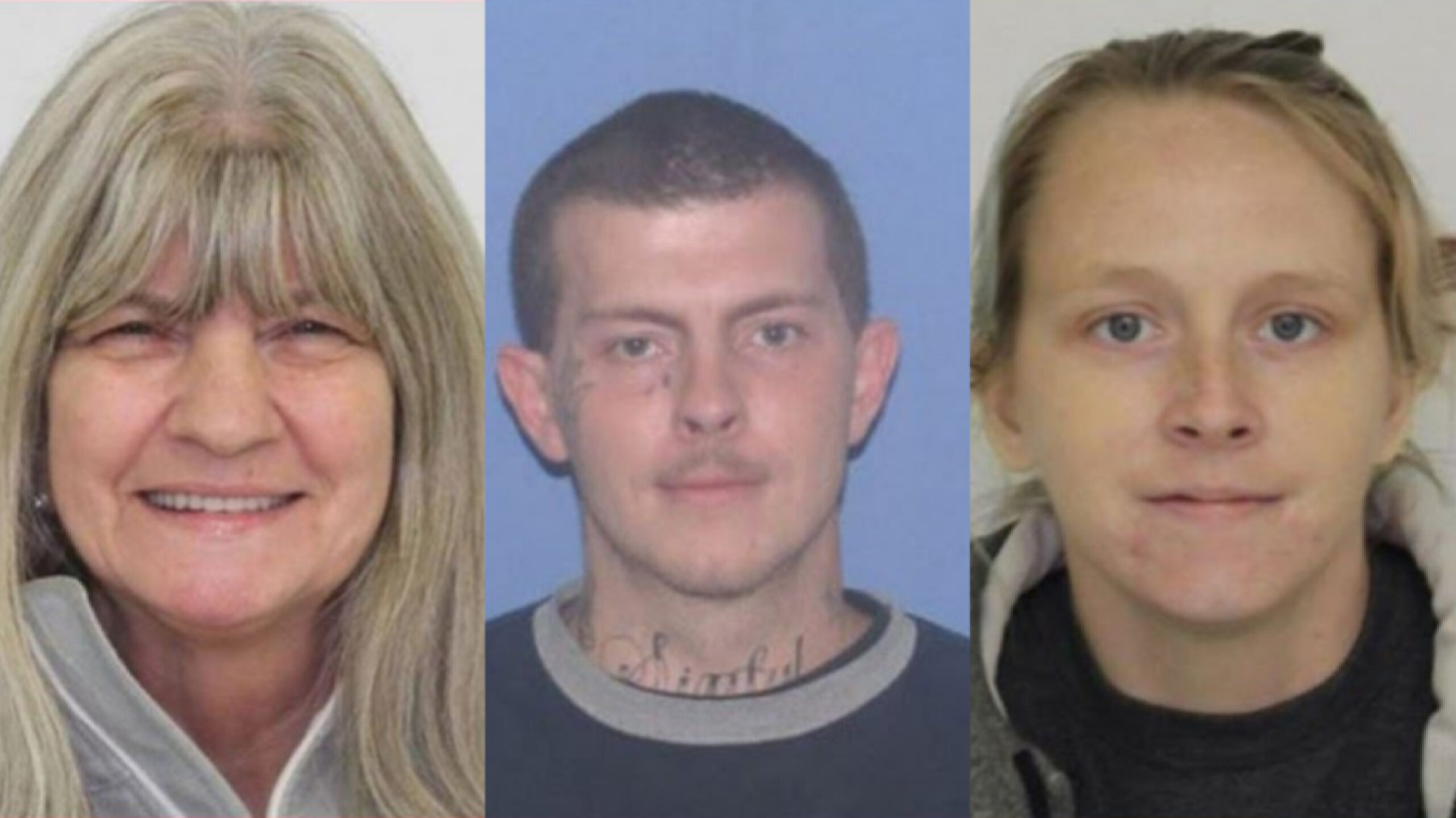 Three adults in Ohio were arrested after deputies found a 3-year-old locked inside a cage and a 2-year-old holding drug paraphernalia while executing a search warrant at a Hocking County home.

Hocking County Sheriff’s Office deputies were executing the warrant on Sunday regarding a sexual assault investigation on Bear Run Road in Logan when they found the children inside. Deputies described the home as being in “deplorable condition.”

The sheriff’s office said they found the 3-year-old child locked inside a cage that was secured with zip ties. The cage was reportedly filled with bugs, soiled bedding and a cup full of spoiled milk.

The 2-year-old was also found walking around the home holding a methamphetamine pipe, according to the sheriff’s office.

The parents of the children, 38-year-old Franklin “TJ” Varney and 25-year-old Megan Smith, left the children and fled the scene because of their involvement with the sexual assault investigation, the sheriff’s office said. The parents were later taken into custody after officers located them near the home on Monday.

Webb pleaded not guilty in Hocking County Municipal Court on Monday. She is being held on a $200,000 bond.

Both children were safely taken into emergency custody with the assistance of South Central Ohio Job And Family Services and placed in emergency foster care, the sheriff’s office said.

Endangering children charges were filed against Varney and Smith by the Hocking County Sheriff’s Office with nationwide arrest warrants requested from the court.

“I very, very strongly encourage Mr. Varney and Ms.Smith to immediately surrender themselves to law enforcement. If they choose to run from their responsibilities, as they did tonight, the Hocking County Sheriff’s Office will tirelessly leverage every local, state and federal resource available to bring these two to justice,” Hocking County Sheriff’s Office Chief Deputy Caleb Moritz said in a Facebook post.