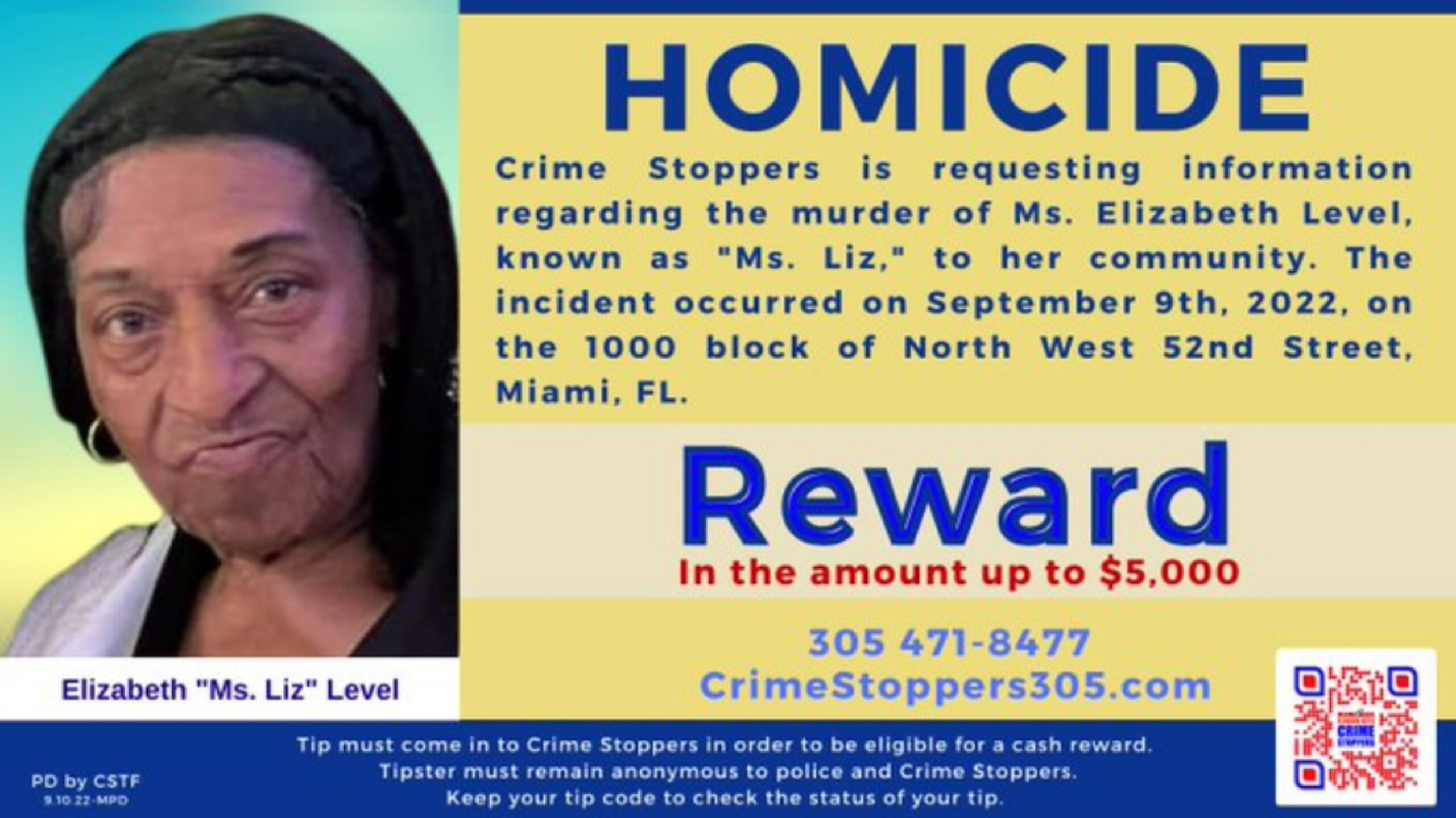 Police in Florida are investigating after 85-year-old Elizabeth Level was shot and killed outside her Liberty City home Friday night.

Miami police responded to a ShotSpotter alert at Northwest 10th Avenue and 52nd Street at around 6:30 p.m. They found the woman suffering from a gunshot wound.

“She always asked me if I needed anything. I would ask her if I could go to the store for her — she would say no. She was a very independent woman, a good neighbor,” Victor Ferguson said.

Police said Level was sitting in a chair outside of her home, which family members said was part of her routine to get fresh air and time in the sun.

Level’s family said this was a drive-by shooting, and Miami police believe the elderly woman was not the intended target.

“You cowards came and you shot my aunt like she was a dog,” Reese Level, a niece of the victim’s, said.

“My aunt was outside. A car rolled by and they started shooting and they hit her,” Reese Level said. “She lived to see all of her grandkids and great-great grandkids.”

Hours after the shooting, police responded to another shooting blocks away. No one was hurt and police do not believe the two shootings are connected.

Police say they are still in the early stages of their investigation and ask anyone with information to call Miami Police or Crime Stoppers at 305-471-TIPS.