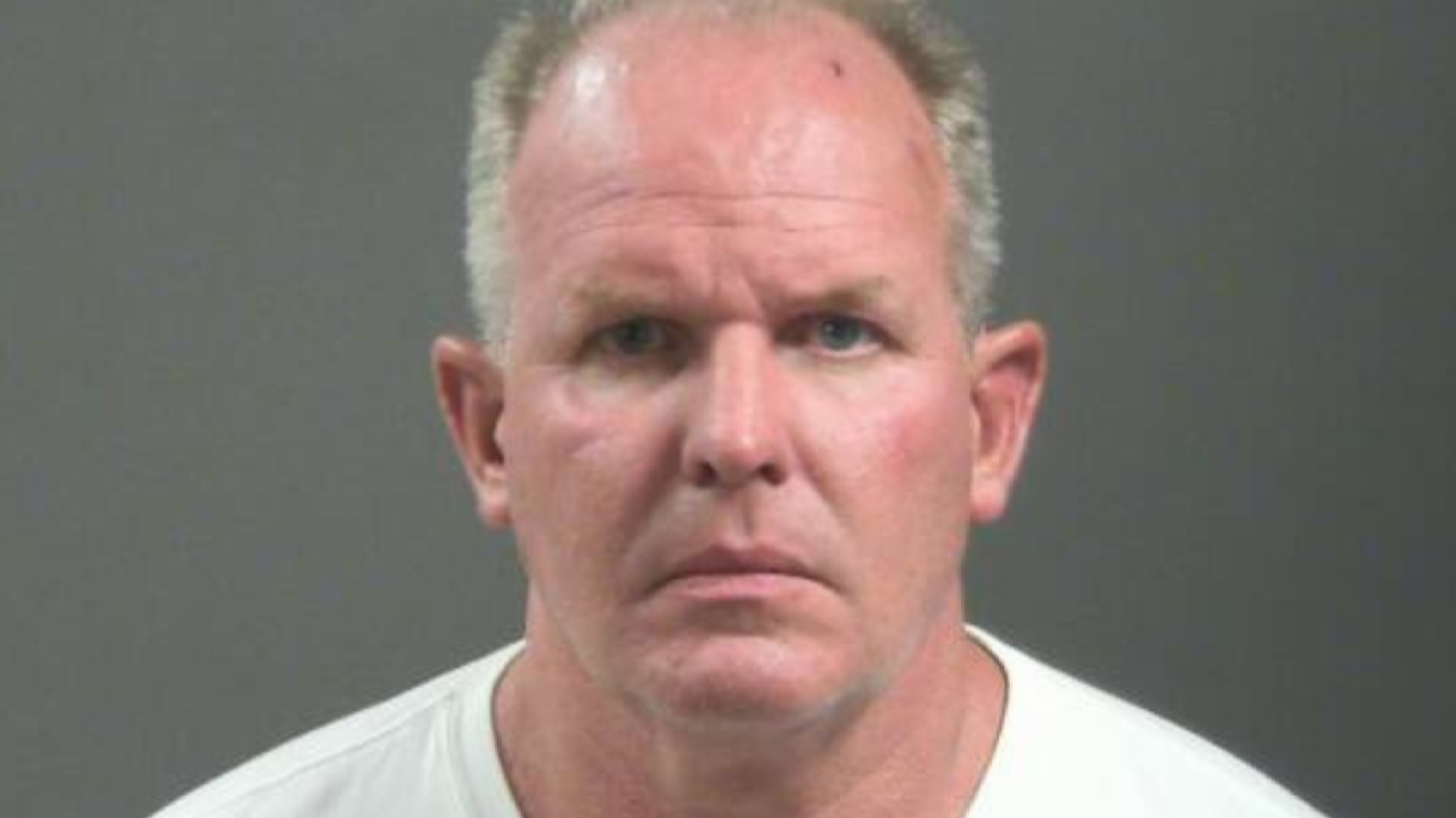 A food company executive was arrested on a pair of charges after reportedly biting a man’s nose in a parking garage in Fayetteville, Arkansas on Saturday night.

53-year-old Doug Ramsey was arrested on September 17 on charges of terroristic threatening and third-degree battery. According to a preliminary report, the incident happened at a parking garage near Razorback Stadium following Arkansas’ victory over Missouri State.

Just after 10 p.m., an officer was dispatched to Gate 15 for “a disturbance that had previously occurred in the Stadium Drive Parking Garage (SDPG).” The responding officer found “two males with bloody faces” at the scene.

The officer spoke with both parties and a witness and determined that Ramsey was allegedly in the traffic lane of the structure, attempting to leave, when a Subaru “inched his way” in front of Ramsey’s Bronco, making contact with the front passenger’s side tire. Ramsey got out of his vehicle and allegedly “punched through the back windshield of the Subaru,” according to the report.

Jason Dunigan murder trial date set
The owner of the Subaru then got out and he stated that Ramsey “pulled him in close and started punching his body.” According to the report, Ramsey also “bit the owner’s nose, ripping the flesh on the tip of the nose.”

The victim and the witness also reported hearing Ramsey “threaten to kill” the owner of the Subaru. Occupants of both vehicles got out and helped separate the parties.

Ramsey was arrested at 10:27 p.m. and booked into the Washington County jail.

Ramsey was named the COO of Beyond Meat in December 2021.

According to the Tyson Foods website, Ramsey had been a member of Tyson Foods’ poultry business since 1992 and was named president of global McDonald’s business in 2019. The site also states that “Doug [was] a champion of team member safety and sits on the company’s Executive Safety Council.”

A Tyson spokesperson said that Ramsey left the company last year on his own accord, unrelated to this arrest.

He has an appearance in Fayetteville District Court scheduled for October 19.