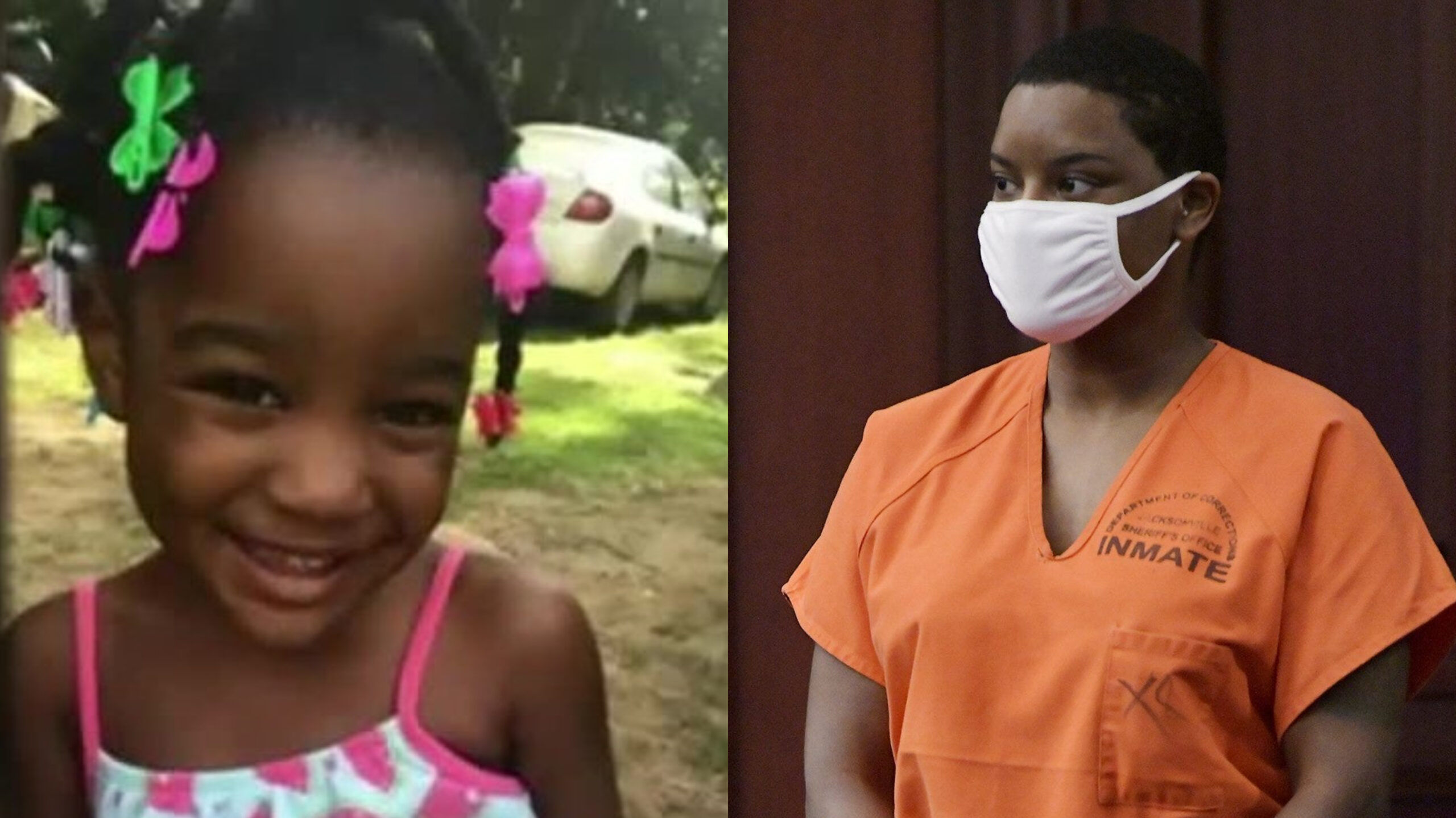 Admitting she “lied and lied some more” when falsely reporting her 5-year-old daughter missing in late 2019, Brianna Shontae Williams of Florida provided a statement to the court Friday that she accepts full responsibility for her child’s death.

But how long the 30-year-old spends in prison won’t be announced until Tuesday as Circuit Judge Kevin Blazs said he will review the large amount of evidence released during her Thursday and Friday sentencing hearing. It’s almost three years after Taylor Rose Williams suffered malnourishment, abuse and neglect, then was secretly buried in Alabama before her mother tearfully reported her disappearance on Nov. 6, 2019.

The former U.S. Navy petty officer quietly told the judge she was too “scared, nervous” to read her final statement to him, then a member of the Public Defender’s Office read it for her.

“I know what I did was wrong. I failed as a mother, a protector,” the statement read. “… and I didn’t take advantage of any timely opportunity to right my wrongs. I apologize to everyone affected by this tragedy. I am punished every day since losing my baby.”

Williams was absentee-booked on Nov. 12, 2019, while hospitalized due to an attempt to kill herself by overdosing when she learned her daughter’s body had been found, police said.

She was initially arrested on two counts of child neglect and one more of lying to law enforcement officers. She also was charged with aggravated child abuse, the arrest warrant stating she “did willfully torture, maliciously punish, or willfully cage” a child.

A charge of tampering with evidence also was filed, stating she destroyed or removed evidence and did “transport human remains” with the purpose of impairing an investigation, the State Attorney’s Office said.

Williams entered a guilty plea in March to second-degree murder.

The prosecution asked for life in prison in closing statements Friday, while her public defender requested mitigating circumstances for the first-time offender and a minimum 20½-year sentence.

Taylor’s disappearance prompted a huge neighborhood search that soon expanded to Williams’ old apartment on Southside Boulevard as an Amber Alert was issued. Some people told police they had not seen Taylor in weeks as then-Sheriff Mike Williams could not confirm the last time she was seen alive.

He said that while the mother initially cooperated in the investigation, she stopped after being confronted with some discrepancies in her story.

A multistate search ensued before ending when investigators found the child’s remains about 4 miles outside of Demopolis, Ala., near where Williams grew up and went to high school, authorities said.

Taylor’s autopsy states her cause of death is undetermined, but the “discovery of decomposed remains in a wooded area is suspicious for homicide.” It also said that the state of the teeth and the roof of the mouth “are suspicious for neglect or severe illness.”

New details in the case were released in court records just over a year ago, a 22-page list of witness interviews and depositions accompanying a file including thousands of photos, videos, documents and records, many involving Williams’ apartment and her car.

A search warrant in those records revealed that the apartment, which she had moved out of, was in disarray with “a strong odor of feces and urine.” A cadaver dog gave a positive indication when it checked Williams’ car, “which smelled of decomposition.”

The prosecution started its Thursday presentations with multiple police detectives and forensics investigators that dug deeper into what was in that warrant from her last home on Ivy Street and the former apartment.

With Assistant State Attorney Lauren Anderson and Chief Assistant L.E. Hutton doing the questioning, detectives talked about finding apparent blood in the closet, as well as many items of children’s clothing and underwear stained with feces.

A crime scene detective who searched the apartment testified about feces stains on a bedroom carpet and inside a closet with lots of cleaning supplies as well as urine remover nearby. As for the Ivy Street home, he said it did not “look like a child was living there.”

Investigators also procured Williams’ cellphone records, including where it was being used, showing that she made three trips to Alabama, the third to Demopolis tracing her to just about where the body was ultimately found.

Pauletta Sweeney was an apartment neighbor of Williams, testifying that Taylor “seemed like an average, ordinary little girl, nothing different or odd; happy. I observed that she [Williams] kept her close, but mommies would do that.”

Sweeney told the judge that one night she “could hear crying and it was a little kid crying.” But she never heard it again and stopped seeing the little girl in April. When she asked about Taylor, Williams said she was in Alabama. That’s also when Sweeney said she smelled something bad coming from their storage closet.

“It’s not anything I smelled before, like a rotting smell,” Sweeney said.

Carlos Johnson testified that on April 17, 2019, he was on the phone with his mother on his balcony when he spotted Taylor wandering alone outside the apartments.

He took the little girl to her apartment and made sure she locked the door, taking a peek inside before she shut it.

“I saw clutter behind the door, stacked way up,” he said.

He saw Taylor outside twice more and he took her home, still saying she was looking for her mother, but never saw her car parked nearby. After May 15, Johnson never saw Taylor again.

Defense attorney Joshua Beard presented Gainesville psychologist Ernest Bordini as his only witness in the sentencing hearing. The veteran psychologist started evaluations of Williams in July, reviewing police and medical records of Taylor with her, he said.

Bordini said Williams was “clearly emotionally charged” as well as anxious and depressed, certainly showing some schizophrenia and mood disorders.

He said Williams’ past included an overdose when she was younger, as well as eating and diet issues since childhood, a sexual assault, abortion and other child sexual trauma.

In the end, no one could state when Taylor died, although Bordini described how Williams felt when she found her daughter “cold” and unmoving in the closet.

“She indicated that she could not go back to the apartment for a period of time,” Bordini said. “… She continued to have suicidal thoughts and wanted to have her buried. And she came up with this idea to wanting to bury her next to her grandfather.”

Bordini said Williams put her dead daughter inside a container since it was “easier to get her out of the apartment and neighbors wouldn’t notice.” She drove to Demopolis but could not find her grandfather’s grave and ultimately put the body where she thought she could find it again and came back to Jacksonville.

Her plan was to go back, get her daughter’s body and bury it with her grandfather, Bordini testified.