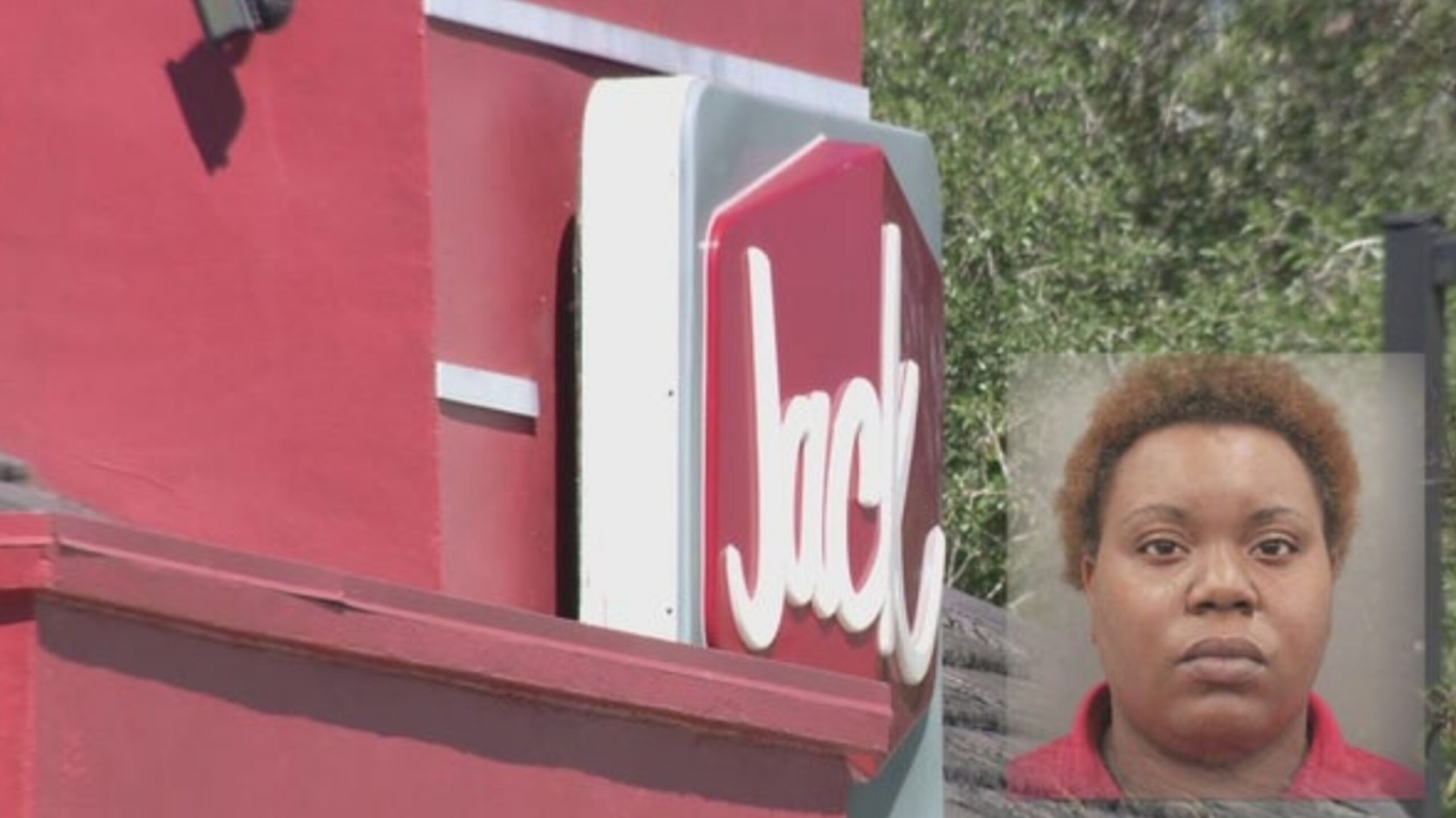 An argument over Jack in the Box curly fries lead to a Texas employee pulling out a gun and shooting at a customer in the drive-thru. The victims are now suing the franchise, demanding stricter background checks on its workers.

“I was dumbfounded by it. I really couldn’t believe what was happening. It was scary. It was very, very scary,” said Anthony Ramos, who was driving the car.

On March 3, 2021, Anthony, his pregnant wife, and his 6-year-old daughter went to the Jack in the Box drive-thru on John F Kennedy Blvd. near Bush Airport and ordered food, including curly fries.

“When they asked to get curly fries, they were denied, and keep in mind, there’s no car behind them. So, there was no rush to get them out. They offered to pay for the curly fries, even though they had already paid for it already, but the answer was no. Pretty soon there was shouting,” said Randall Kalinen, the family’s attorney.

Court documents say Alonniea Ford was the Jack in the Box employee working the drive-thru at the time. Records say she became upset and started throwing ketchup, ice, and other items into the family’s car then yelled curse words before pulling out a gun and shooting.

Ramos said he managed to drive away before the bullets struck his car and his daughter who was sitting in the back seat.

“It was more of a panic mode at that moment. I’m lucky that I saw it when I saw it and I was able to pull off when I did and then my initial reaction was to call the police,” Ramos said.

“Apparently the manager was aware of this while this was happening and did not choose to step in deescalate,” said Mark Underwood, co-counsel for the Ramos family.

According to documents, Ford was later arrested and charged with aggravated assault with a deadly weapon. Records indicate she later pleaded guilty to the lesser charge of deadly conduct. Another person named Kevin Theriot was also charged with carrying a weapon, according to attorneys.

The Ramos family is now suing Jack in the box for gross negligence and demands the franchise enforce stricter background checks on its workers.

“We are here today to ask Jack in the Box to get better policies and policies where potentially dangerous employees are not allowed to interact with the public where they could be a great danger,” Ramos said.