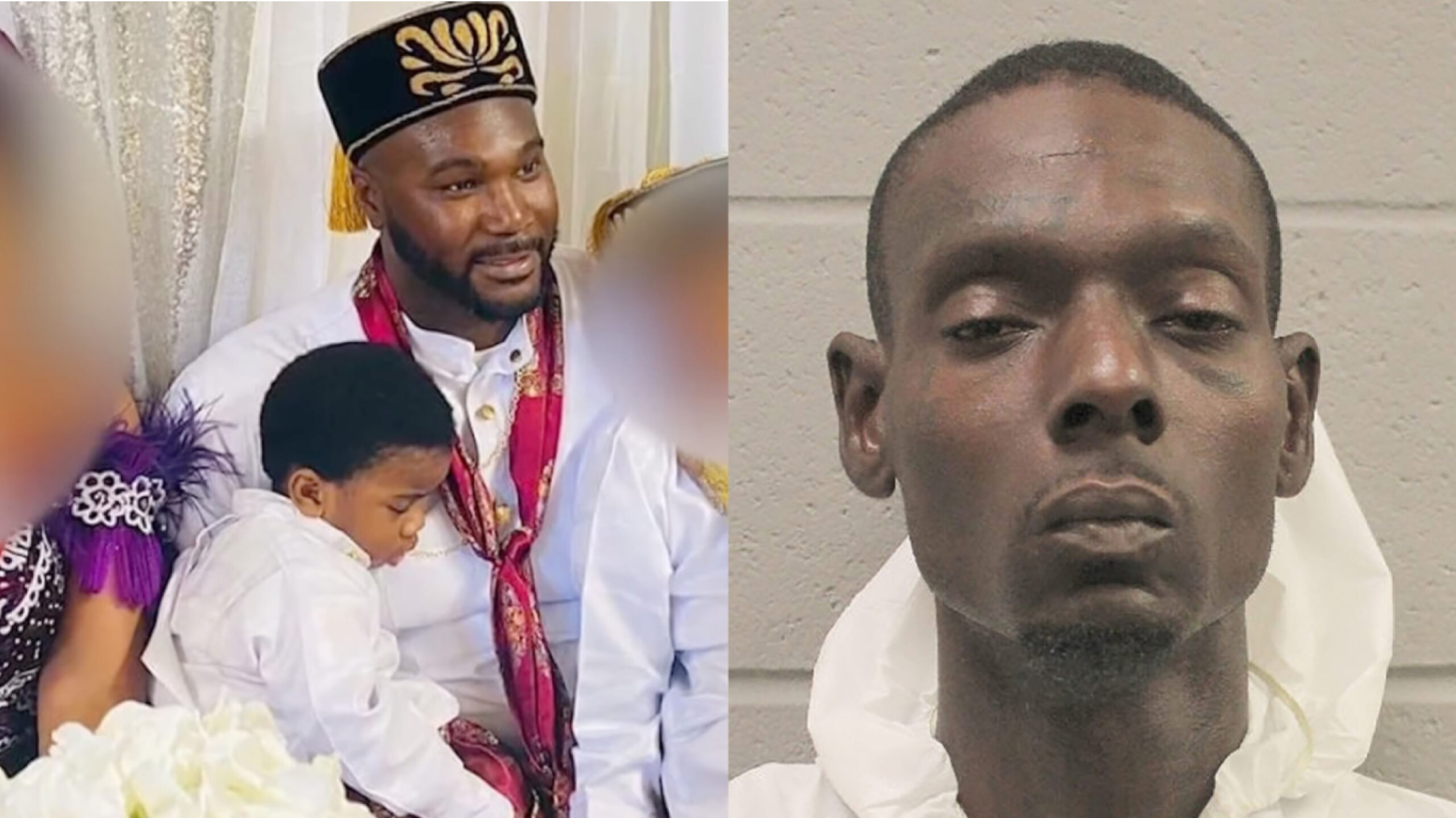 A Texas man charged in the deaths of a Houston dad and his 2-year-old son made his first court appearance Thursday where a judge gave him a high bond.

38-year-old Bolanle Fadairo is charged with two counts of murder in the deaths of 38-year-old Michael Essien and his son Micah, according to court documents. Fadairo was also charged with tampering with evidence because investigators said he tried to get rid of text messages.

Surveillance video shows the moments Mike Essien was shot and his killer took off in the SUV with Micah in the backseat. The father of three died at the scene and the toddler’s body was found in the abandoned SUV hours later.

“The windows were rolled up and the engine was turned off. The outdoor temps at the time were around 93 degrees. The vehicle was parked on a concrete city street with no shade,” the prosecutor said in court Thursday.

They said Fadairo confessed and claimed he killed Essien — who he’d known for 30 years — because he owed him money. But the victim’s widow said that’s not true. Mabel Essien, who just had a baby three weeks ago, told us her husband had helped Fadairo for years with money, jobs and other things.

“My husband – he was the best. Anyone who never met him has lost the opportunity to meet an incredible person, a nice man, a kind man,” she told Grace White. You can see more of her interview tonight at 10 p.m.

Video shows the victim pulling up and getting out of his SUV. After an argument, Essien was shot. He ran a few steps before collapsing in the parking lot where he was found dead.

The shooter ran off but quickly returned and took off in Essien’s SUV with the boy in the backseat.

Essien was the sole provider for the family that also includes a six-year-old boy and three-week-old baby girl. A gofundme.com account has been set up to help the widow and surviving children.

Fadairo was taken into custody Wednesday morning at an apartment near where Essien’s body was found. Prosecutors said he was wearing the same clothes seen in the surveillance video.

Neighbors who know the suspect were surprised to hear he had been arrested.

“I literally saw him yesterday,” said Aaliyah Leday, who lives at the apartments where Fadairo was arrested. “He was just running to me about how somebody owed him some money and he was going to do something. I didn’t know what he was going to do.”

The day after the victims were killed, their heartbroken family members were looking for answers.

“Tell Houston, tell the whole world that I want my nephew back. He’s only 2 years old. He does not know how to hurt a fly,” Jessie Okon, the toddler’s aunt, told us Wednesday. “My brother has always been a peaceful man. I need my brother back.”

Micah is described as “a delight” on the gofundme.com page.

“He used to help in the kitchen even at such a young age. Micah loved his new little sister so much, and they were best friends.”

Micah’s cousin said he was a happy-go-lucky little boy.

“Micah is always cheerful, wants to be around someone, always at church, always happy,” Etimbuk Isaiah said.

“She’s hanging on is all I can say. It’s a difficult thing to process right now and so tragic because nobody wakes up planning to die,” Etimbuk Isaiah, a cousin, said. “And just taking it one day at a time, that’s all I can say.”

Family members said Essien attended Hastings High School, attended college as an athlete, and worked at a security company. He was wearing his security guard uniform when he was killed.

The chain of events unfolded Tuesday afternoon when police responded to a shooting on El Camino Del Rey Street near Chimney Rock Road in the Gulfton area.

Houston police said Essien met up with Fadairo and they got into an argument that ended in gunfire. Essien was dead when officers arrived and his SUV was gone.

Police had no idea the victim’s son was in the SUV until hours later when Essien’s wife called to report her husband and child were missing. Based on the information she gave them, they realized her husband was the man who had been shot.

Officers located the abandoned SUV about half an hour later on Elm Street near Renwick Drive. The little boy was found unresponsive in the backseat.

Police said officers broke the glass to get to the child and tried to revive him, but it was too late. The cause of death will be determined by an autopsy, but officials said it could be heat exhaustion.

Neighbors said they likely passed the SUV parked on the street but had no idea a child was inside. There are still questions about whether the suspect knew the child was in the car.