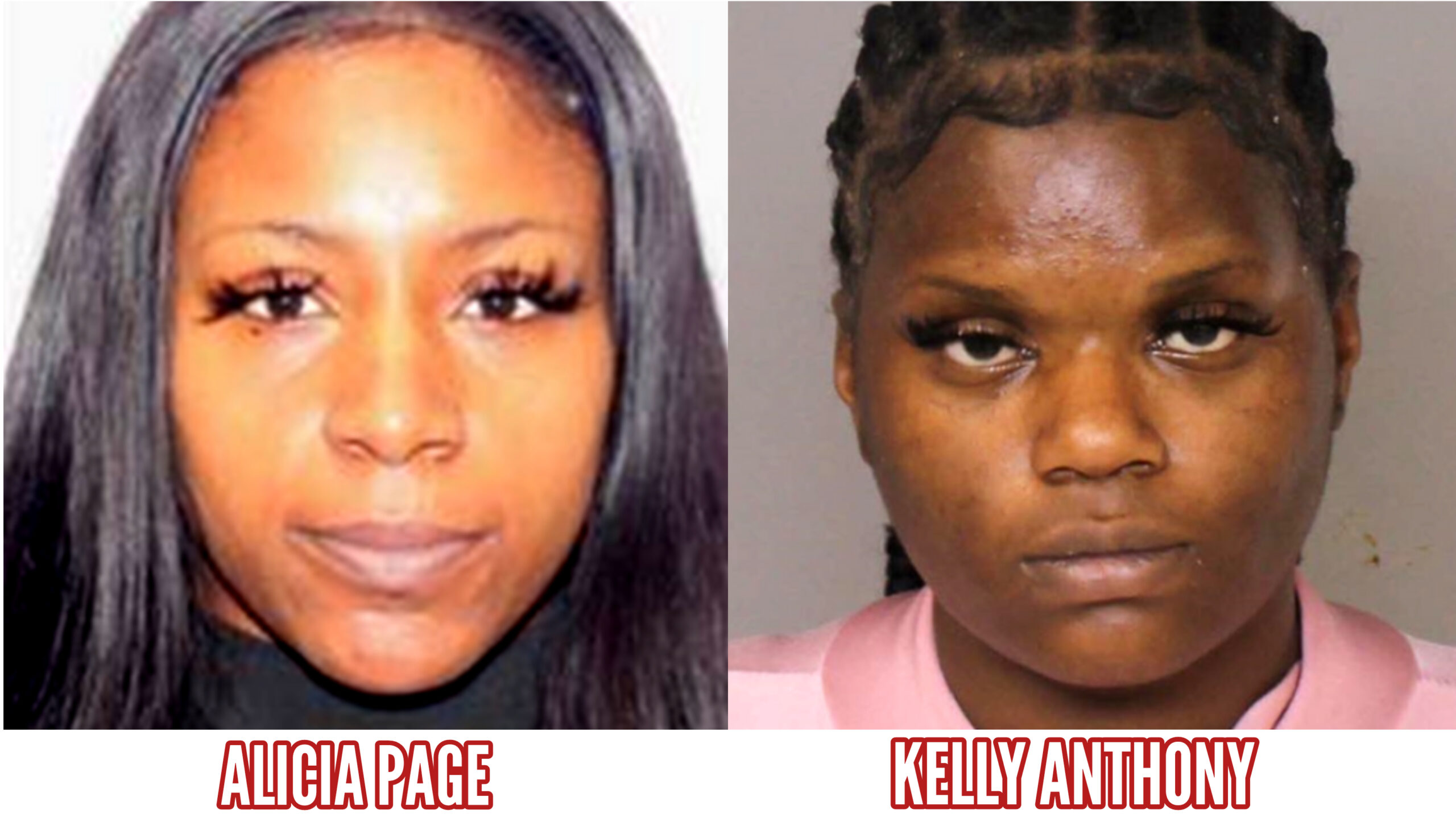 A woman in Maryland who was shot by Baltimore County Police on Saturday night after allegedly dragging an officer with her car has been charged with first-degree attempted murder and assault, police said Monday night.

30-year-old Alicia Page in South Baltimore also is charged with first- and second-degree assault as well as theft and malicious destruction of property, police said.

A passenger in the car, 31-year-old Kelly Anthony, has been charged with second-degree assault, theft and obstructing and hindering.

Baltimore County Police spokeswoman Joy Lepola-Stewart said that Saturday after 8 p.m., Page hit an officer working an off-duty job at The Avenue shopping center in White Marsh with her car, dragging him, and then fled the scene.

According to charging documents, Old Navy employees called the security guard, identified as Officer Riche, to the store because they suspected the two women of shoplifting.

Witnesses told police that Riche chased the women after they left the store and tried to take a bag containing stolen merchandise from Page, the documents said. As Riche tried to remove her from the driver’s seat of the gray Infiniti sedan, Page reversed the car, hitting him with the open door and vehicle frame and dragging him for about 20 feet, witnesses told police.

The officer suffered non-life-threatening injuries and was taken toFranklin Square Hospital. Officers who responded observed that his clothing was ripped and that his knees were bloody, according to the documents.

Other police officers stopped the car in Rosedale at the intersection of Philadelphia Road and Hamilton Avenue and arrested Anthony, pulling her from the passenger seat, police said in the charging documents. Page accelerated when an officer used his baton to break the driver’s side window, police said.

As she tried to flee from police, Page began to ram her car into a patrol car behind her and a bystander’s Nissan in front of her while stopped at a traffic light, charging documents said. The driver of the Nissan was taken to the hospital with a neck injury.

Page then drove toward officers at the scene, according to charging documents. An officer identified as Officer Chiveral fired his department-issued weapon at Page, but it was unclear whether she had been hit, and she continued driving south at a high speed on Philadelphia Road toward Baltimore.

The number of BCPD officers who fired their weapons and the number of rounds shot are under investigation, police spokesperson Trae Corbin said. The release of their identities is pending, he said. The officers were wearing body cameras, according to Lepola-Stewart.

Baltimore County police officers apprehended Page outside the Johns Hopkins Hospital in East Baltimore, according to the charging documents, Chiveral applied a tourniquet on her left leg, where she suffered an injury just above the knee, the documents said.

Anthony is being held at the Baltimore County Detention Center and Page is in police custody at the hospital. Both women are being held without bond.

Online court records didn’t list a lawyer for either woman.