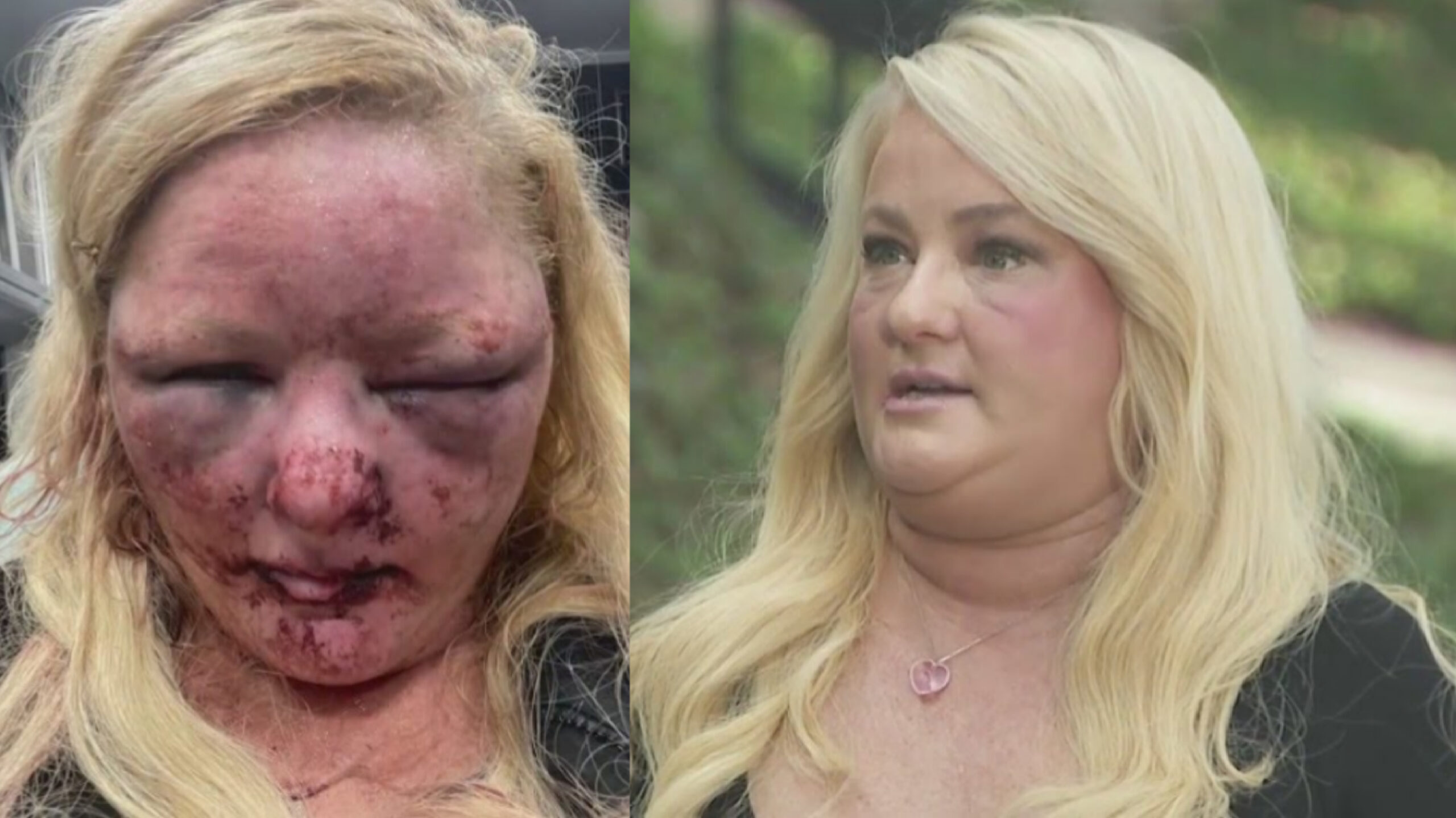 After being brutally attacked and raped while walking her dogs in Torrance, California, one woman is hoping her story can serve as a warning for others.

For the first time since the assault, Marissa Young is sharing the survival story of the most terrifying night of her life.

The attack happened in late July as Young was walking her dogs along a field in Torrance.

“I was tackled from behind, I heard nothing,” Young recalled. “I didn’t have headphones in, I wasn’t looking at my phone, I was just walking straight forward to my destination.”

Before she could defend herself or run away, Young was suddenly pushed to the ground by a man who attacked her from behind and raped her.

“This person punched me in the face, closed-fisted, 15 to 20 times at least,” Young said of the vicious attack. “My nose is broken in four different places and this bone was shattered here [she points to her upper cheek area]. You can still see a lot of swelling in my face.”

The suspect was tracked down and identified as a transient man named 46-year-old Darrell Waters. Waters was captured by police within 36 hours of the attack.

Police say Waters had just been released a few days earlier for the unlawful possession of a dagger.

“It makes me angry,” Young said. “It’s horrifying to think that they were holding this guy with a huge knife that was taken off him that’s illegal and he was let go the next day even though he has a record.”

The Torrance City Attorney’s Office provided a statement saying Waters’ release by the Torrance Police Department was “in accordance with the penal code.”

“Once something like this happens to you, it sort of changes your mind as to what the laws should be,” Young said.

Waters was arrested on felony charges of rape, oral copulation, and sexual penetration with force. He is being held without bail.

Three months and five surgeries later, Young is still on a tough journey to recovery — both physically and emotionally.

Young says her story should serve as a warning for other women in the local community.