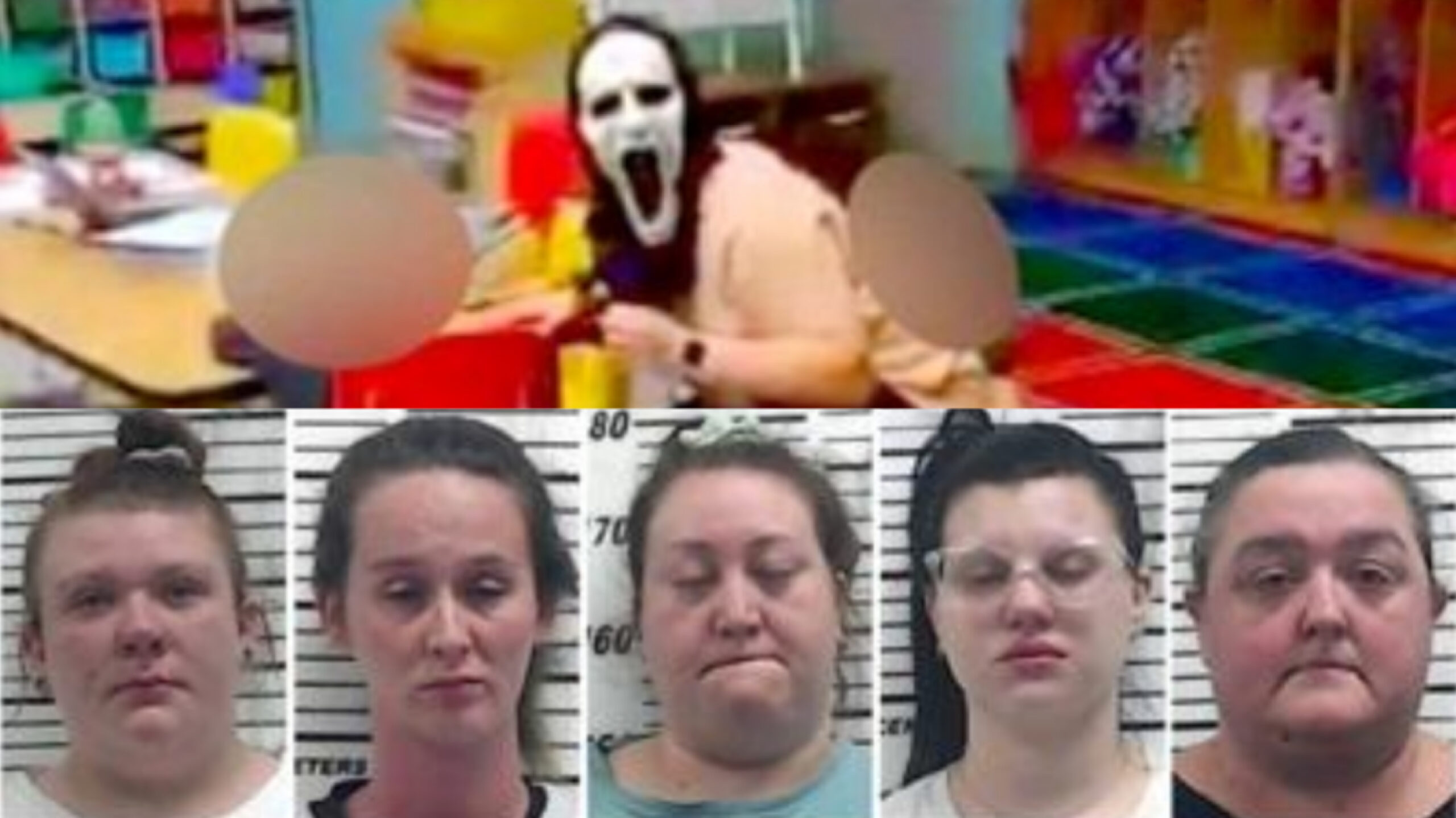 The daycare’s owner, Sheila Sanders, is not facing charges. She has said that at least four of the employees were fired after the video came to light.

The videos — one filmed in September and another this month — were posted on social media. They show a day care worker at Lil’ Blessings Child Care & Learning Center in Hamilton, an unincorporated community in northeast Mississippi, wearing a Halloween mask similar to the one in the “Scream” movies and yelling at children who didn’t “clean up” or “act good.”

Children can be seen bawling, cowering in fear and at times running from the masked employee. Another employee gives directions, singling out which children have acted good or bad. The employee in the mask is shown screaming inches away from children’s faces, the video showed.

Monroe County Sheriff Kevin Crook said in a news release that four of the women each face three counts of felony child abuse. A fifth woman, he says, faces charges of failure to report abuse by a mandatory reporter and simple assault against a minor — both misdemeanors.

“They can’t use corporal punishment, so we think they were using the mask to try to scare the kids into doing what they were supposed to be doing,” Crook said.

Crook said his office, the county prosecuting attorney and the district attorney met earlier this week with the children’s parents about the case. On Wednesday, at least one set of parents signed felony child abuse complaints, he said, adding a judge issued warrants Thursday for the women.

Another woman, Traci Hutson, 44, faces charges of failure to report abuse by a mandatory reporter and simple assault against a minor — both misdemeanors, he added.

At a hearing, bond was set at $20,000 each for McCandless and Kilburn and $15,000 each for Newman and Mills. Because she faces misdemeanor charges, Hutson was not required to post bond.

It was not immediately known if any of those facing charges have attorneys who could speak on their behalf.

Katelyn Johnson, a parent, said she was shocked after seeing the videos.

She said her 2-year-old son is still showing signs of trauma and has difficulty sleeping through the night, adding of the footage, “it’s not a joke. And it’s nothing to laugh at.”

“Whether they had a mask on or a mask off, their behavior was unacceptable. My blood pressure was raised. It broke my heart for my child. I was angry,” she said.

Crook told the Northeast Mississippi Daily Journal that the felony charges will ultimately be presented to the grand jury to determine if there’s enough evidence for formal indictments, which could lead to court trials.

“It’s just a shame it happened and this is where we’re at. Hopefully, people will learn from it,” Crook said. “It can tear a community apart. Everybody who was a part of it knew each other in some shape or form. It’s a lot of emotions to deal with, and our job is to cut through those emotions, find the facts and present those facts.”