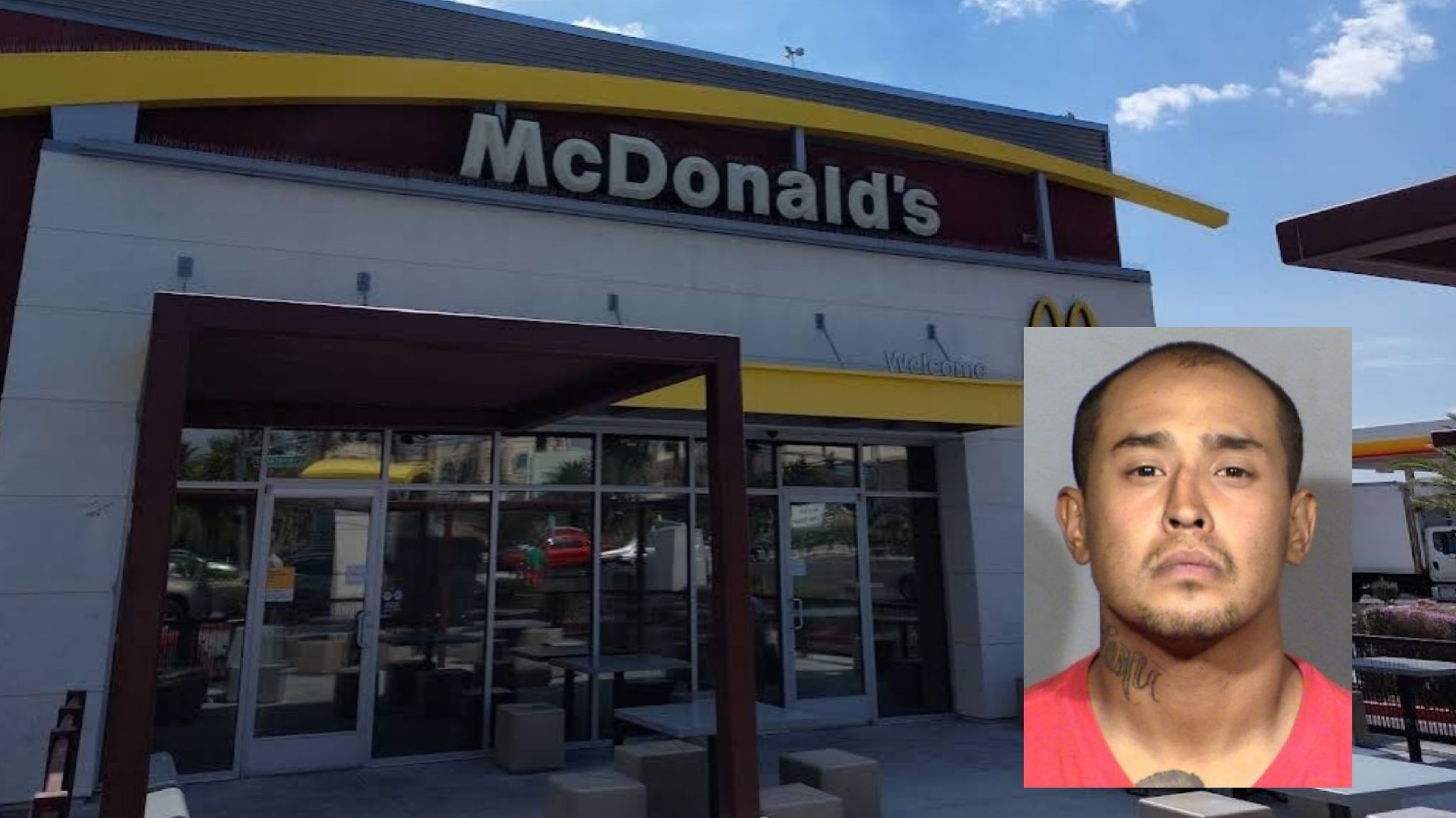 A Nevada man who was fired from a restaurant for fighting a customer is accused of carrying out a “targeted” plan to return and shoot an employee in the head in Las Vegas.

28-year-old Victor Villanueva was arrested on a charge of attempted murder for the October shooting.

On Oct. 28 just before midnight, police received a report that someone had been shot in the head at a McDonald’s near Las Vegas Boulevard and Russell Road.

The victim was taken to a hospital and later told officers that he was working at the restaurant and left through a back door to take a break. While he was outside, he saw a man, identified as Villanueva, walking toward him while wearing a skull face mask and carrying a short barrel shotgun, the report said.

The victim said he turned and started running when he heard a gunshot and felt pain in his head. He believed Villanueva was the shooter because Villanueva was a former employee who was fired for fighting with a customer and had been seen around 10:30 p.m. at the restaurant on the night of the shooting, according to the report.

Surveillance video of the shooting appeared to show Villanueva hiding behind two cars in the parking lot for around 15 minutes before the victim came outside. Villanueva was then seen “sprinting” toward the victim and firing at him, the report said.

Villanueva lay in wait for the victim to walk outside of the restaurant in what was a “targeted” plan, police wrote in the report.

Officers later stopped and searched Villanueva near Mandalay Bay Road and Haven Street where he was seen wearing different clothes. They noted he did not have weapons or skull masks on him, so he was released, the report said.

The skull mask and other clothing items were found in between the two cars where Villanueva was seen hiding, the report said.

Villanueva was taken into custody on Nov. 5 while waiting to get onto a bus. When he was arrested, he was holding boxes of shotgun ammunition and wearing a makeshift concealed carry belt similar to one found at the scene of the shooting, the report said.

In an interview with police, Villanueva said he worked at the restaurant and was fired because he got into a physical fight with a customer a few months earlier, according to the report.

After police showed him surveillance footage of him running from the crime scene where the belt and mask were found, Villanueva requested a lawyer and said “even if you find DNA on that stuff, I just got rid of it because I didn’t need it,” the report said.

Villanueva was booked into the Clark County Detention Center where he was being held Wednesday on $100,000 bail. He is expected to appear in court for a preliminary hearing on Nov. 22.