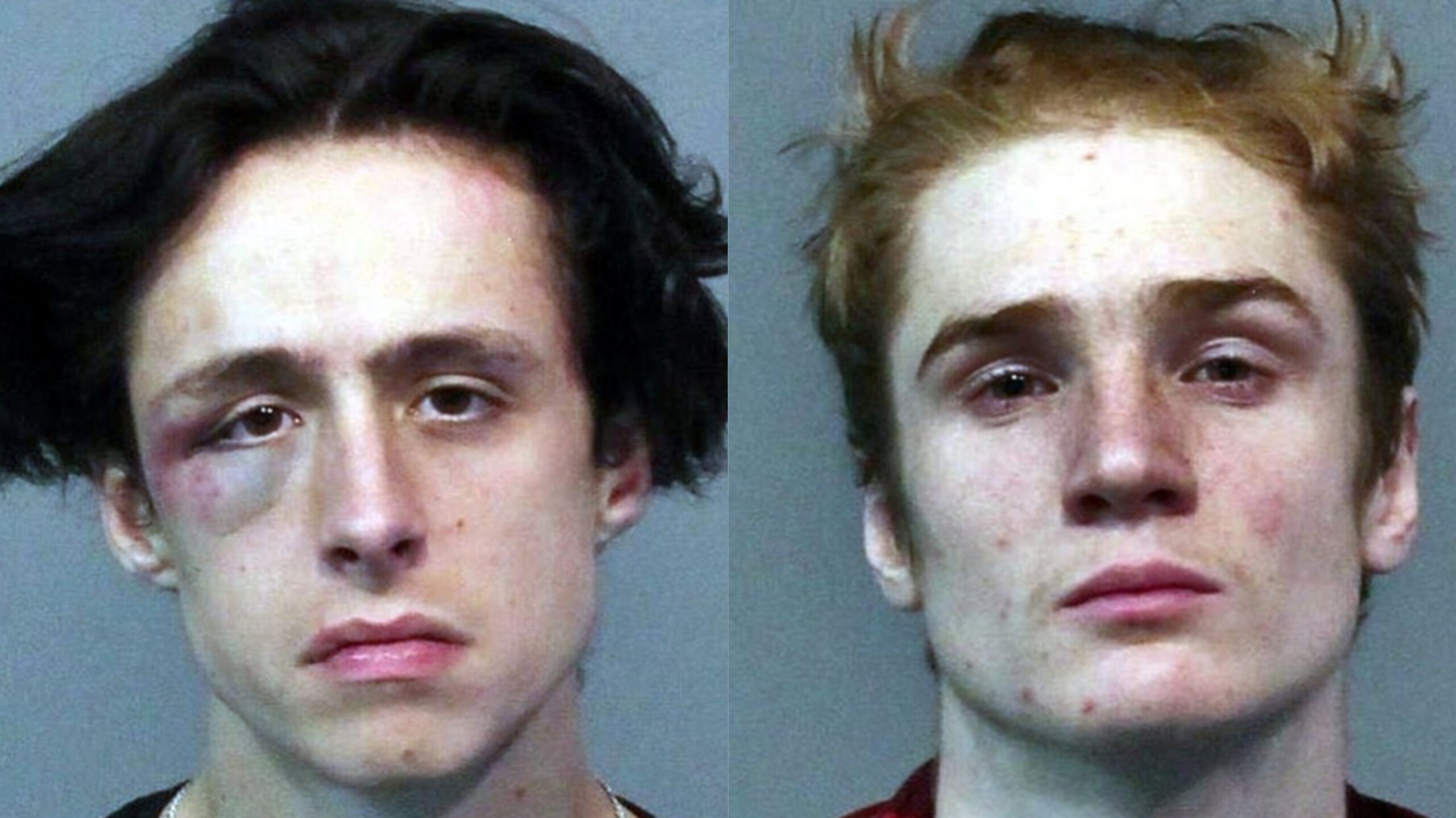 Police in Nevada arrested two men on charges of attempted murder for a December 19 robbery in downtown Reno in which the victim was still in the intensive care unit on Friday.

Each faces charges of attempted murder, robbery, mayhem, conspiracy to commit robbery and unlawful restraint of a dog. Krigbaum was also picked up on an unrelated misdemeanor warrant.

On Dec. 19 at about 9:30 p.m. police went to Brick Park near First and West streets and and found a male with what they described as severe injuries. Police did not say how the injuries were inflicted.