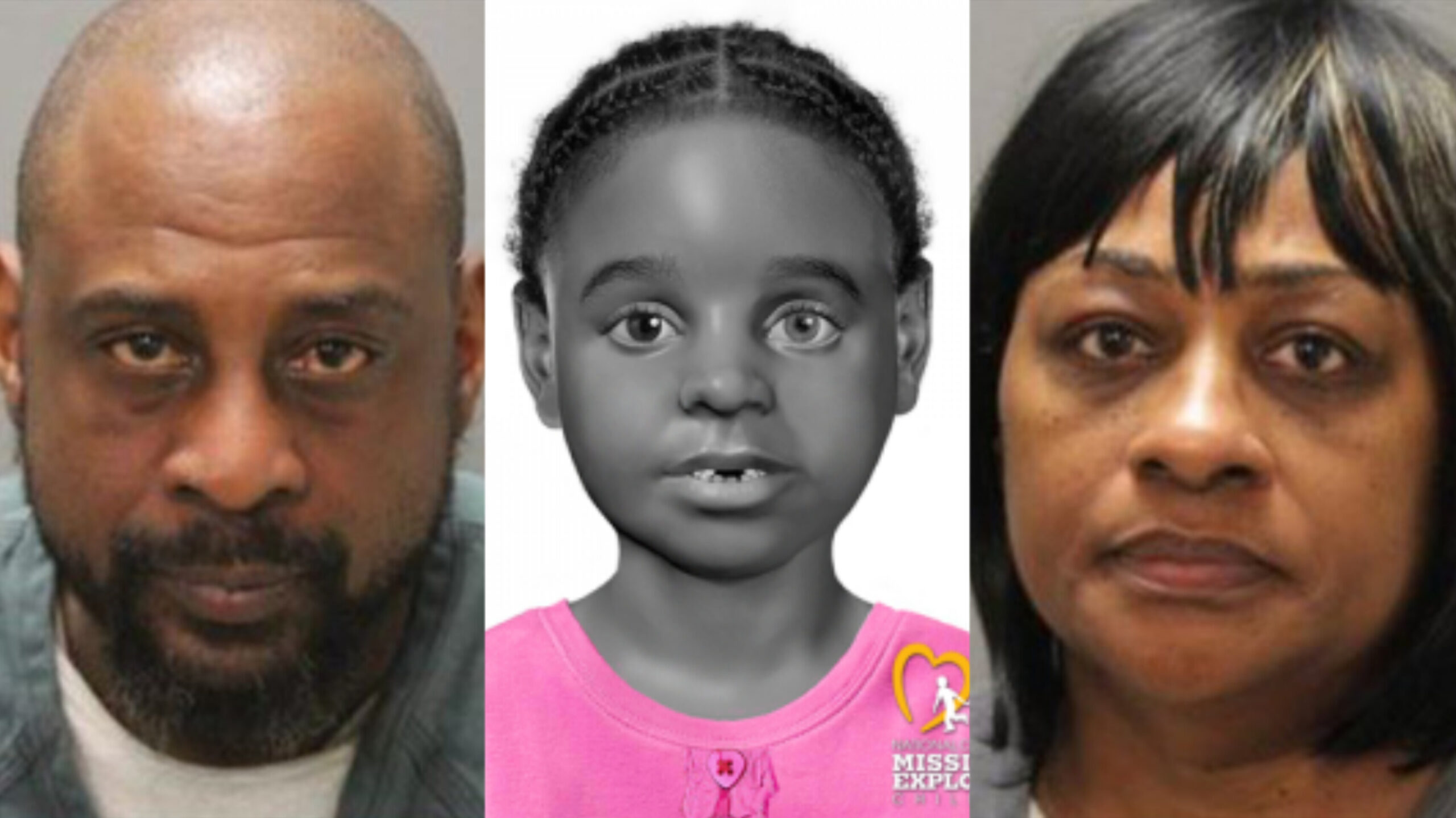 A Jacksonville Sheriff’s Office task force in Florida arrested a husband and wife linked to the mysterious death of a young girl in Alabama.

The case of “Opelika Jane Doe” has garnered national attention, leaving investigators without answers for more than 11 years. The FBI and National Center for Missing and Exploited Children, or NCMEC, worked with local authorities to get leads on the case.

On Tuesday, members of JSO’s Community Problem Response Unit, known as CPR, received warrants from the Opelika Police Department for the arrest of Lamar and Ruth Vickerstaff. JSO’s cold case unit started the investigation in Jacksonville and interviewed the subjects.

Detectives arrested Ruth Vickerstaff near her Northside home after pulling her over on a traffic stop. Her husband, Lamar Vickerstaff, turned himself in minutes later after someone drove him to the spot of the traffic stop.

“The concern is fight or flight at this point,” said Lt. Rickie Valentine, a JSO supervisor involved in the arrest. “We don’t know everything; is he going to go ahead and take that opportunity and just start on the run. Instead, he was with his friend, his friend drove him directly here. They came up to the stop sign exited, put his hands in the air walked out, we peacefully took him into custody, walk back, put him in a police car. She’s been secured.”

Officers booked both into the Duval County Pre-Trial Detention Facility. Lamar Vickerstaff had been in the U.S. Navy, most recently stationed at Naval Station Mayport.

Lamar Vickerstaff was the chief engineman on the missile destroyer USS Jason Dunham. He previously had been assigned in Norfolk, Virginia, and Hawaii. He retired recently after Naval Criminal Investigative Service, or NCIS, asked to speak with him on base at Mayport.

Opelika police said they found the body of a young girl, believed to be between the ages of 4 and 7, in January 2012, behind a mobile home park. Detectives said a skull was located in the yard of a residence while bones were located only a few feet into the wood line behind a trailer and the adjacent lot. During the search of the area, a pink child’s shirt and a small bundle of curly hair were also recovered.

According to an FBI bulletin, investigators believed the child had been abused and malnourished for years. They deduced she was blind in one eye due to possible physical abuse. Officers shared photographs of the girl’s shirt and a lock of her hair to attract tips.

“An autopsy was performed and notated fractures to her skull, arms, legs, shoulders, and ribs; totaling more than 15 individual fractures that were attributed to blunt force trauma,” said Opelika police. “These injuries all had evidence of healing and occurred sometime prior to her death.”

No child had been reported missing in the area, so detectives had very little information to go on. Years later, they found pictures of an unidentified girl matching the description at a vacation bible school in the area. The images were taken in the summer of 2011, but no one from the school had information about the child’s identity or her parents. Opelika police hoped sharing the photos would bring them leads.

Opelika police said they had previously attempted to develop a DNA profile for “Jane Doe” but were unsuccessful due to the condition of the remains, however, there have been advancements in DNA testing, and in January 2022, DNA was further extracted in attempts to retrieve DNA suitable for genealogy testing.

In October 2022, DNA evidence confirmed that 50-year-old Lamar Vickerstaff was the girl’s father. Detectives immediately worked to secure a warrant.

Also in December, using DNA evidence, detectives tracked down who they believe to be the child’s mother, 37-year-old Sherry Wiggins, who lives in Maryland. Opelika police said Wiggins confirmed she gave birth to a baby named Amore Wiggins in 2006 and provided documentation that the Vickerstaffs had legal and physical custody of her daughter starting in 2009. She showed she paid child support to Lamar Vickerstaff since then. Officers thanked Wiggins for her help with the case.

Detectives said they reached out to the school boards and pediatric clinics in several states where Lamar and Ruth Vickerstaff resided and determined that Amore Wiggins was never enrolled in school nor was she reported as a missing person. With this information, Opelika detectives said, they met with the Lee County District Attorney’s Office to determine charges related to the death of Amore Wiggins.

After Lamar and Ruth Vickerstaff were taken into custody Tuesday in Jacksonville, the couple made first appearance Wednesday afternoon on fugitive warrants. They were ordered held without bond pending an extradition hearing Feb. 17.

The case remains under investigation, and Opelika police are asking anyone with information about the case or the Vickerstaffs to contact them immediately. If you have any information, contact the Opelika Police Department Detective Division at 334-705-5220 or the Secret Witness Hotline at 334-745-8665. Tips can be submitted through the Opelika Police mobile app, and tipsters can remain anonymous.