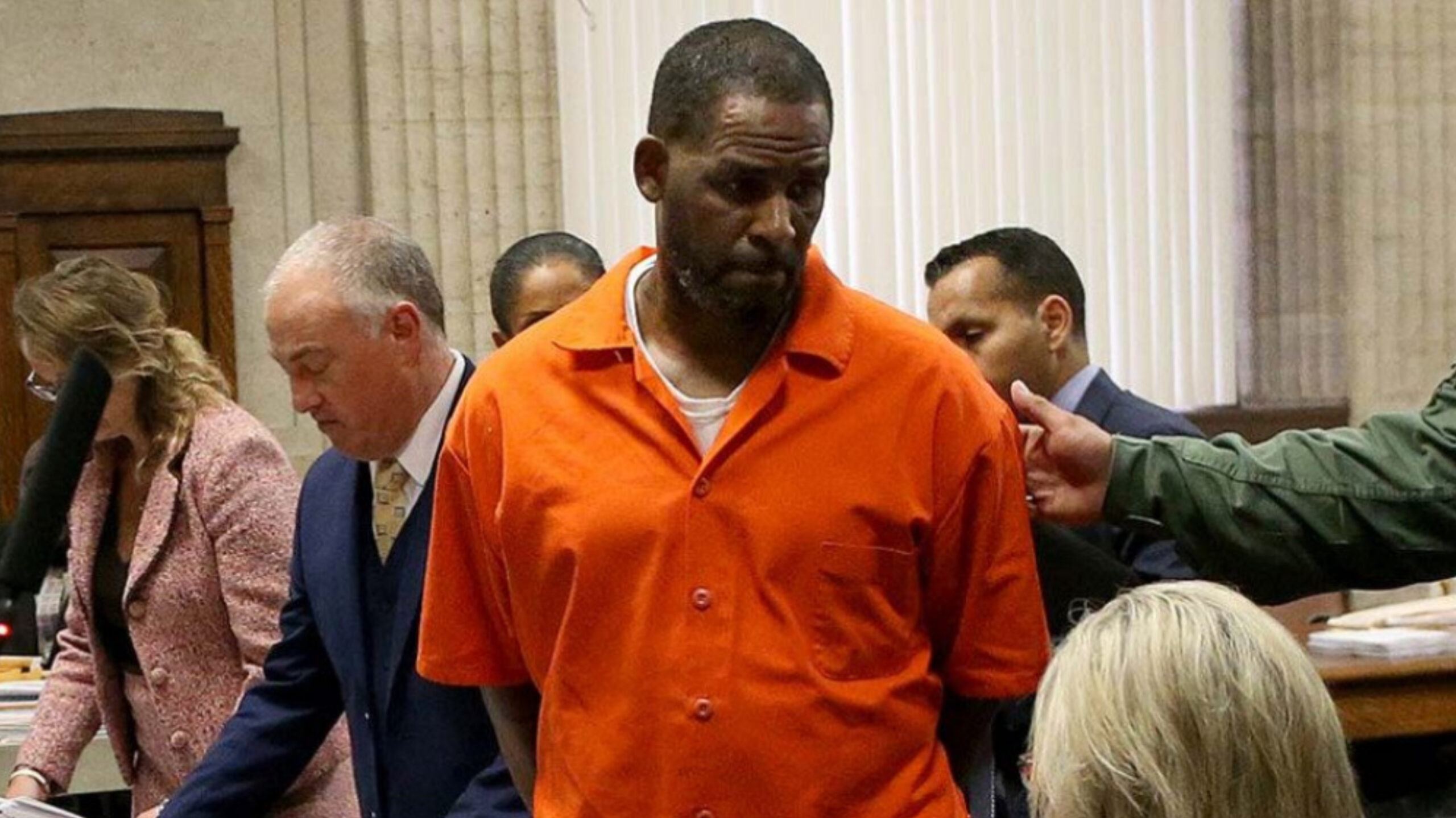 A federal jury in Chicago, Illinois on Wednesday convicted disgraced R&B singer R. Kelly on child pornography charges for making videotapes of himself sexually abusing his then-14-year-old goddaughter decades ago — but acquitted him on charges that he conspired to obstruct justice in his 2002 Cook County case.

After about 11 hours of deliberation, the jury found Kelly guilty of three of the first four counts of the indictment, which charged the singer with the sexual exploitation of “Jane” for the purpose of producing child pornography. Those charges carry a minimum of 10 years in prison.

The onetime superstar, dressed in a blue suit and tie and black glasses, stared straight ahead and had no noticeable reaction to the jury’s decision. Despite his conviction on the most serious counts, his attorney, Jennifer Bonjean, pumped a fist and rubbed Kelly’s back as some of the “not guilty” verdicts were read.

Kelly was found guilty on three out of five counts related to enticement of a minor.

As he was found not guilty on the last of the counts against him, McDavid stood and thrust both fists toward the ceiling. He then bear-hugged Kelly before leaving the room.

Earlier Wednesday the jury had sent out a series of notes to the judge, including one informing the court they were undecided on two counts against two defendants.

The verdict comes 14 years after Kelly’s infamous acquittal on similar charges in Cook County, which were based on a single video of Kelly allegedly abusing Jane in the hot tub room of his former home on West George Street in the late 1990s.

Prosecutors have said Jane lied to a state grand jury investigating that tape, claiming she wasn’t the girl depicted and that she and Kelly had never had a sexual relationship. Her absence at the 2008 trial was the defining factor in the jury’s finding of not guilty.

Prosecutors in Kelly’s current case have alleged her silence was no accident, but the result of a yearslong criminal conspiracy by Kelly and his co-defendants to keep Jane and other minor victims from cooperating with law enforcement and to buy back and cover up incriminating sex videos Kelly had made.

After maintaining a relationship with Kelly for years afterward, Jane began cooperating three years ago with a federal investigation initiated after the airing of the 2019 Lifetime docuseries “Surviving R. Kelly.”

Kelly was indicted in July 2019 on charges of producing and receiving child pornography, enticing minors for sex and obstruction of justice. Also charged were his former business manager, Derrel McDavid, and ex-employee Milton “June” Brown, who were accused of assisting with the cover-up of Kelly’s sexual misconduct.

During the five-week trial, the jury was shown clips from three separate videos allegedly depicting Kelly abusing Jane, including the same tape from his Cook County trial as well as another where he instructed her to refer repeatedly to her “14-year-old” genitalia.

Last month, Jane testified for the first time that not only was it her on the videotapes, but that Kelly had sexually abused her “innumerable” times when she was a minor, at his recording studio, his home, on tour buses and in hotel rooms.

Asked on the witness stand why, after two decades of silence, she finally decided to come forward and speak out, Jane said: “I became exhausted with living with (Kelly’s) lies.”

In her closing argument Tuesday, Kelly’s attorney, Jennifer Bonjean, talked at length about Kelly’s relationship with Jane and her family, which continued far beyond her alleged abuse as a minor and, according to Bonjean, was approved by her parents.

“It is an inconvenient reality for the government,” Bonjean said. “Lives are complex, and for all the fist pounding and the outrage, that family made a decision that they had to live with at that time.”

Jane’s parents lied to the grand jury about her sexual relationship with the singer because “they didn’t care,” Bonjean said. “She was 17 and they didn’t care … They condoned it.”

Bonjean noted that when “Surviving R. Kelly” was coming out, Jane repeatedly reached out to Kelly but he never tried to influence her in any way. “He changed his phone number,” she said. “He goes silent on her. This is the most disinterested person in obstructing that I have ever seen.”

In rebuttal, however, Assistant U.S. Attorney Jeannice Appenteng said the evidence was clear that Kelly was a serial sexual predator and that his co-defendants made the decision to help him hide it to keep his career intact and keep lining their own pockets.

“What R. Kelly wanted was to have sex with young girls,” Appenteng said. “And what the people around him wanted… they wanted to help their boss, including helping him get away with it.”

Appenteng also urged the jury to pay special attention to Jane’s testimony and the videotapes of her abuse.

“You saw how (Kelly) was using her body, flipping her over, throwing her around like she was some rag doll,” Appenteng says. “That’s what this case is about.”

The verdict marked the second criminal conviction for Kelly in the past year. In September 2021, a federal jury in Brooklyn found him guilty of racketeering conspiracy and eight other counts alleging the singer used his organization to lure and trap girls, boys and young women to satisfy his sexually predatory desires.

He was sentenced in June to 30 years in federal prison by U.S. District Judge Ann Donnelly.