2 More Women Testified They Engaged In Sex Acts With R. Kelly While Under Age 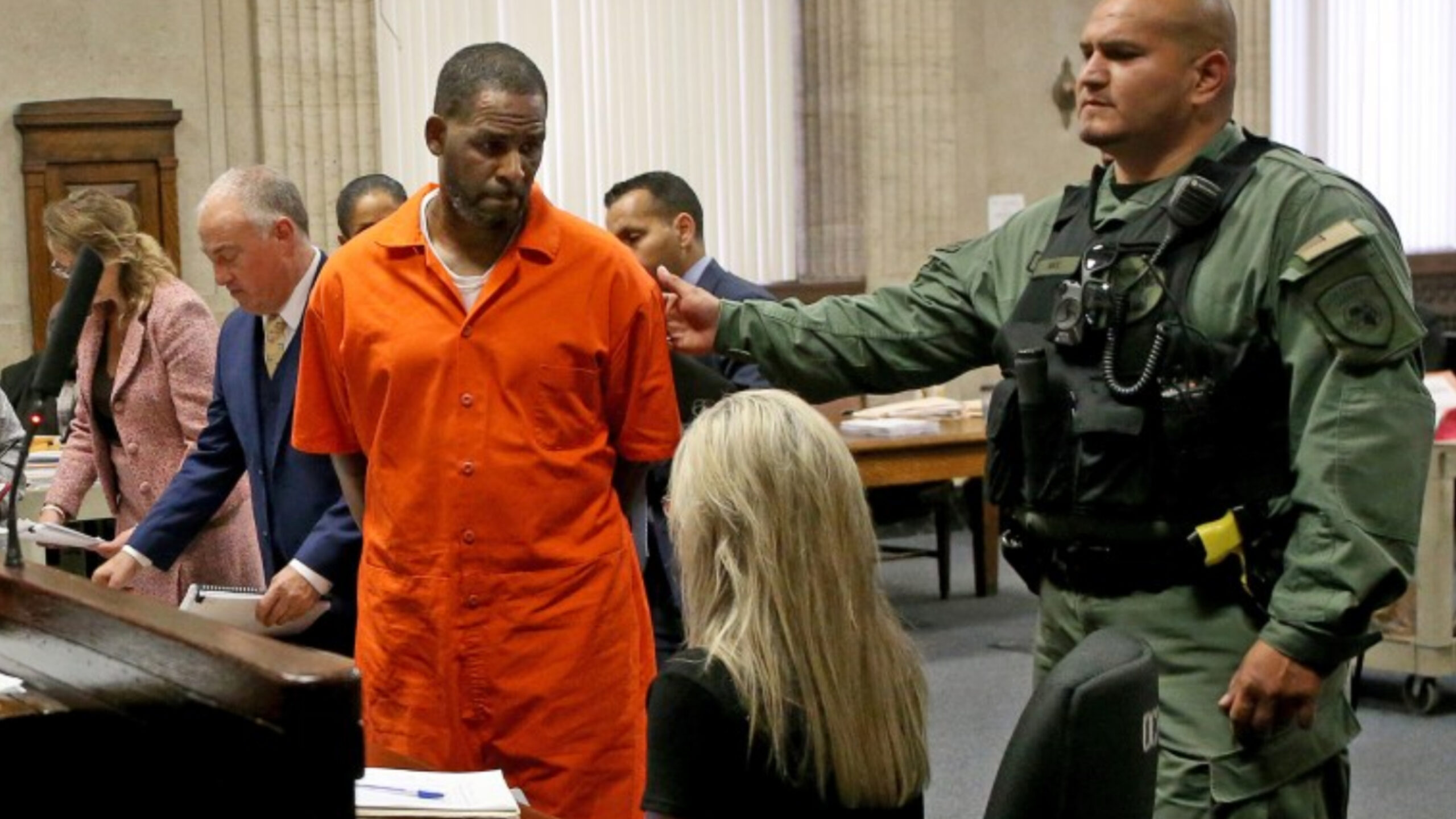 The third week of R. Kelly’s federal child pornography trial resumed Monday in Illinois as two more women testified that they repeatedly engaged in sexual activity with the now-disgraced R&B superstar while they were minors.

One of those two women to testify Monday, identified in court only as “Tracy,” filed a lawsuit against Kelly in 2001 alleging Kelly sexually assaulted her at his former recording studio on the Near North Side while she was an intern at Epic Records.

Tracy said Monday that she met Kelly in the spring of 1999 when she was 16. Her boss, Cathy Carroll, introduced Tracy to Kelly at a basketball gym downtown. Later that summer, Kelly gave his phone number to Tracy and one of her friends when the three were at an expo at McCormick Place, Tracy said.

The teen girls later called the number, and Kelly invited them to come to his recording studio on North Larrabee Street. Alone with Kelly at the studio, Tracy said, she and the singer started kissing on a couch.

“When I looked down, he had exposed himself,” Tracy said.

As she tried to pull away, Kelly grabbed her shirt while pleasuring himself, she said. After he ejaculated on Tracy and himself, “he cleaned himself off and was really apologetic,” she said.

“He promised that wasn’t his usual behavior,” Tracy added.

During a contentious cross-examination, Kelly’s attorney Jennifer Bonjean repeatedly pointed to Tracy’s lawsuit against Kelly. Bonjean stressed to Tracy and the jury that the suit stated Kelly’s alleged assault occurred in April 2000 — after Tracy turned 17, the age of consent in Illinois.

Confronted with the discrepancy in dates, Tracy suggested that her attorney in that case was incorrect when she drafted the complaint. Tracy later said the suit was settled for $250,000, though she was never fully paid.

Throughout the first two weeks of the trial, Kelly’s defense team has sought to demonstrate that some of the government’s complaining witnesses were of legal age when they engaged in sex acts with Kelly.

Before Tracy took the stand, another woman — identified as “Pauline” — testified that she was introduced to Kelly by “Jane” — the government’s star witness and Pauline’s childhood friend — when she was 14 years old.

Pauline told jurors that she was 15 years old when she first engaged in sexual activity with Kelly, and she later had threesomes with Kelly and “Jane,” which Kelly recorded on video. Pauline said she and Kelly engaged in intercourse at least 80 times when she was between 15 and 16 years old.

“Yes, he abused me but I really loved him and we were in a relationship,” Pauline said.

She later testified that, at one point, she was dissatisfied with the singer’s commitment, so she left an ominous voicemail for Kelly at his recording studio — while claiming to be someone else — in which she demanded $35,000.”

Pauline insisted she wasn’t trying to con Kelly out of money, though.

“Girls get mad and say stupid stuff or wanna slap you or bust your car windows out,” Pauline added. “It wasn’t about the money, I just wanted to get his attention.”

A federal grand jury in Chicago indicted Kelly on 13 counts in July 2019, accusing him of producing and receiving child pornography, while also enticing minors to engage in illegal sexual activity. Earlier this year, Kelly was sentenced to 30 years in prison by a federal judge in Brooklyn after he was found guilty of racketeering.

Prosecutors allege Kelly and those in his inner circle paid out hundreds of thousands of dollars over the years in an effort to track down video tapes that Kelly made that allegedly show him engaging in sexual activity with underage victims.

Prosecutors said Monday that their case will likely conclude this week, then the three defendants will have their chance to present arguments and call witnesses.