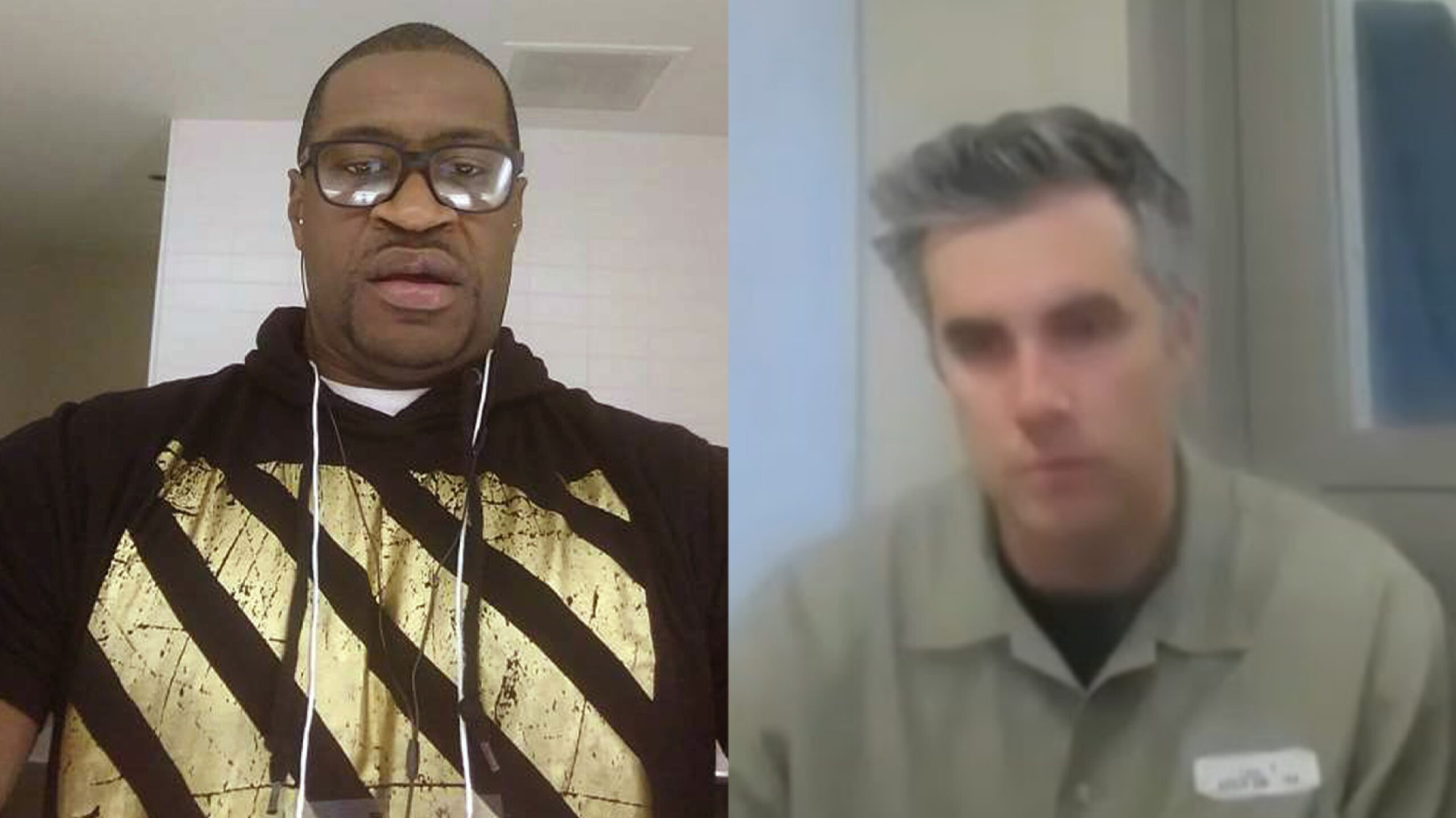 Thomas Lane, a former Minneapolis police officer in Minnesota, who pleaded guilty to second-degree manslaughter in the killing of George Floyd, was sentenced Wednesday to three years in prison.

Lane held down Floyd’s legs as he cried out that he couldn’t breathe, while another former officer, Derek Chauvin, knelt on Floyd’s neck for more than nine minutes on May 25, 2020. Lane pleaded guilty in May to a state charge of aiding and abetting second-degree manslaughter. State prosecutors and Lane’s attorney had jointly recommended a three-year sentence — which is below the sentencing guidelines.

The hearing was held via WebEx to accommodate Lane, who is serving a 30-month sentence at a federal prison in Colorado, after a jury found him guilty on a federal charge of violating Floyd’s rights by not providing him with medical care after Chauvin knelt on his neck. Lane reported to the prison facility late last month, according to a court order made public Tuesday.

Assistant Attorney General Matthew Frank read a statement on behalf of Floyd’s family: “Some people may believe time heals all and while I generally believe that saying, it’s challenging to do so given these unfathomable set of circumstances. My family and I had to suffer through public grieving with the rest of the world who witnessed my uncle being brutally murdered with the assistance of former officer Thomas Lane.”

The statement said that the family has just begun the process of grieving privately and that they want everyone to know they will never move on.

The murder of Floyd will “continue to hurt always,” it said.

Frank said the court could rely upon the transcript from Chauvin’s trial to assess Lane’s role in the offense and determine whether there is a basis to depart from sentencing guidelines.

“Mr. Lane played a somewhat less culpable role in the commission of the offense. And more specifically, there were moments when Mr. Lane tried to change what was going on that day, initially trying to deescalate the situation with Mr. Floyd, and even calling attention to maybe some better way to handle it,” Frank said. “Those are different than what the others at the scene did. While those may make his conduct less culpable, they, of course, do not relieve him of all responsibility, because they simply were inadequate to stop the excessive and unlawful subdual and restraint that ultimately led to Mr Floyd’s death.”

As part of Lane’s plea deal, a charge of aiding and abetting second-degree murder was dismissed, a spokesman for Minnesota Attorney General Keith Ellison, whose office prosecuted the case, previously said.

Lane’s attorney, Earl Gray, said in May that his client has a newborn baby “and did not want to risk not being part of the child’s life” or possibly losing the murder case and facing a mandatory sentence of 12 years.

Hennepin County Judge Peter Cahill told Lane during the hearing that it was “a very wise decision” for him to “accept responsibility” and move on with his life, while acknowledging that the Floyd family has not been able to move on with theirs. Cahill said Lane’s state sentence will be concurrent with his federal sentence and that he will serve his time in a federal institution.

Lane did not speak during the hearing. But after it was adjourned, Lane told his attorney: “I’ve got to register as a predatory offender? What the [expletive] is that?” And he added: “That’s what Chauvin has to do. If I have a minimal role, why the [expletive] do I have to do that?”

Evidence showed Lane asked twice whether Floyd should be turned on his side but was rebuffed both times by Chauvin and still assisted in restraining him face down on the pavement despite the risk.

Two other former officers, J. Alexander Kueng and Tou Thao, are scheduled to stand trial next month on state charges of aiding and abetting second-degree murder and second-degree manslaughter. Kueng helped restrain Floyd and Thao kept concerned bystanders at bay. They were offered the same deal as Lane but rejected it last month.

Chauvin, the senior officer at the scene, was convicted in April 2021 of second- and third-degree murder, as well as second-degree manslaughter. He was sentenced in June 2021 to 22 ½ years in prison.

On May 25, 2020, Kueng and Lane responded to a call at a convenience store after a clerk said Floyd had used a fake $20 bill to buy cigarettes. Within moments of confronting Floyd, Lane drew his firearm. The pair tried unsuccessfully to force Floyd into the back of a police vehicle, before they helped Chauvin restrain Floyd outside on the pavement. Floyd was Black. Chauvin and Lane are white, Kueng is Black and Thao is Hmong American. Video of Floyd’s final moments taken by some of the bystanders touched off protests around the world against police brutality and systemic racism.

Kueng, Lane and Thao were found guilty of federal crimes in February, depriving Floyd of his civil rights while acting under government authority when they failed to give him medical aid. Kueng and Thao, additionally, were convicted for failing to intervene as Chauvin killed Floyd by pressing his knee on Floyd’s neck. In July, Kueng was sentenced in federal court to three years and Thao to three and a half years.

Chauvin pleaded guilty last year to a federal charge of violating Floyd’s civil rights. He was sentenced to just more than 20 years in July.

“I really don’t know why you did what you did. But to put your knee on another person’s neck until they expired is simply wrong, and for that conduct you must be substantially punished,” Judge Paul Magnuson of U.S. District Court in St. Paul said in imposing the sentence. He added that Chauvin “absolutely destroyed the lives of three other young officers by taking command of the scene.”