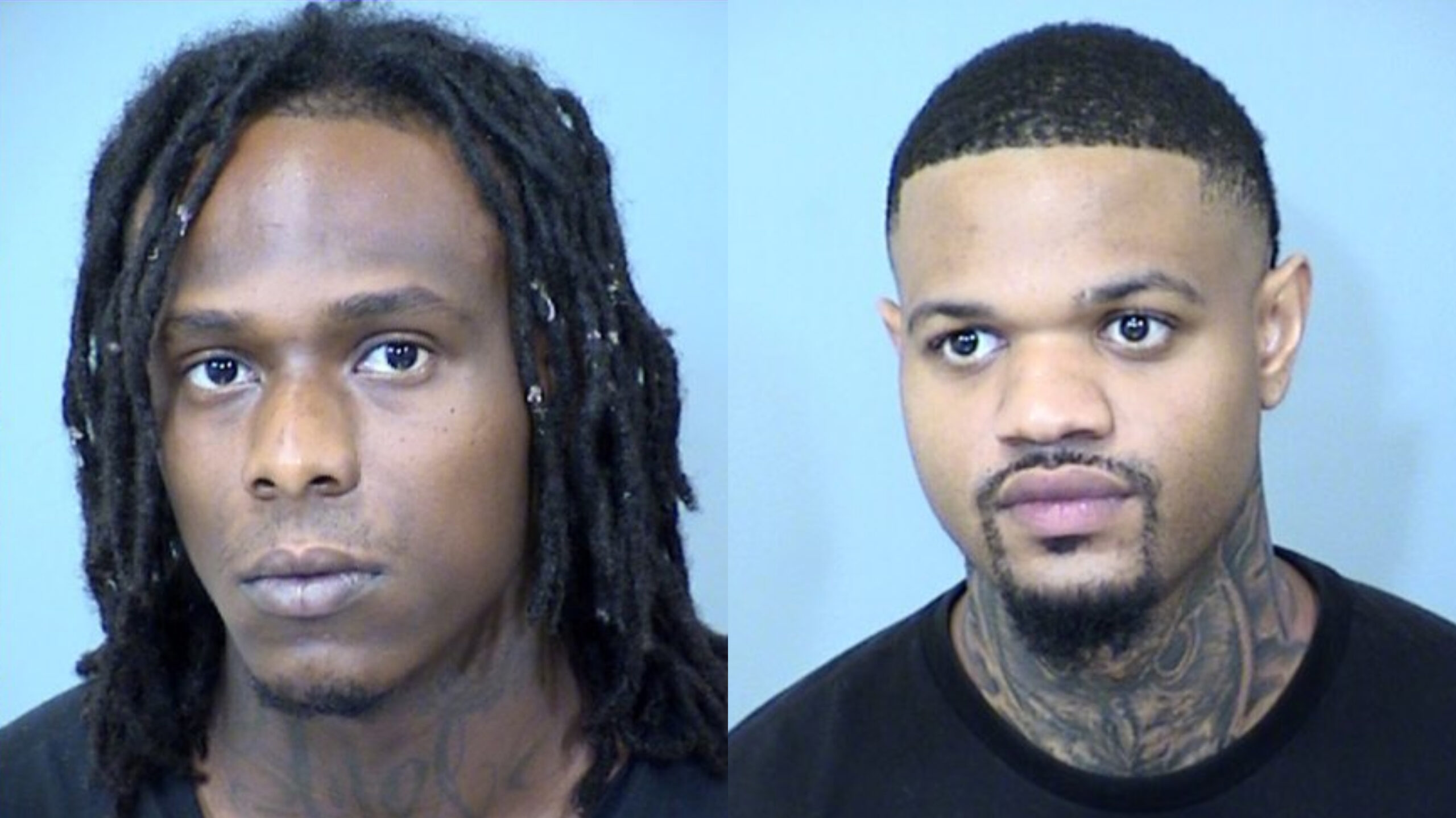 A woman is recovering after being shot late last week while staying at an Airbnb in Scottsdale, Arizona.

It began early Friday morning when five women staying at a short-term rental on East Hubbel Street, located near Hayden and McDowell roads, decided to go to a bar in Phoenix.

According to documents filed by Scottsdale police, the group met two men at the bar, later identified as 23-year-old Sincere Hooks-Lilly and 24-year-old Aron Melvin. One of the women reportedly invited them to come back with them to the rental.

At some point later at the Airbnb, police say Hooks-Lilly “dunked” one of the women in the swimming pool. The woman reportedly became upset, saying she had just spent $200 to get her hair done, and demanded money from Hooks-Lilly. Documents say it grew into an argument with the other women, and Hooks-Lilly paid the woman $100 through a phone app. Hooks-Lilly, Melvin, and a third man who arrived later were then asked to leave.

Police say as the two men were driving home to San Tan Valley, Hooks-Lilly became angry about paying the woman and turned the car around. Documents say Hooks-Lilly grabbed a backpack from the backseat, and inside was a 9mm handgun and a mask that he gave to Melvin. He reportedly told Melvin to tell the women to give back the money and to fire a few rounds to make sure they know he was serious.

According to police, Melvin put on the mask and took the gun, then kicked in the front door and found three women in one of the rooms. Documents say he demanded payment and as the women began yelling at him, he began shooting the wall and floor to scare them. He soon opened fire again, police say, hitting one of the women three times including in the chest.

Melvin reportedly ran back to the car and the two men drove away. When police and medical crews arrived, the woman was rushed to an area hospital with serious injuries. She was treated and released hours later.

Police later located Hooks-Lilly and Melvin. Hooks-Lilly told police he drove back to the home simply because Melvin had left his wallet behind, and that he was unaware someone was shot. He also told investigators the gun wasn’t his anymore because he had sold it to Melvin a few days earlier.

Police searched Hooks-Lilly’s home and found the backpack, mask, and 9mm magazine, but no gun. Officers later found the gun believed to be used in the shooting at Melvin’s home. Melvin told police he believes Hooks-Lilly planted the gun in a coat closet.

Melvin is facing multiple charges including attempted murder, kidnapping, and assault. Hooks-Lilly is also facing assault charges and others.