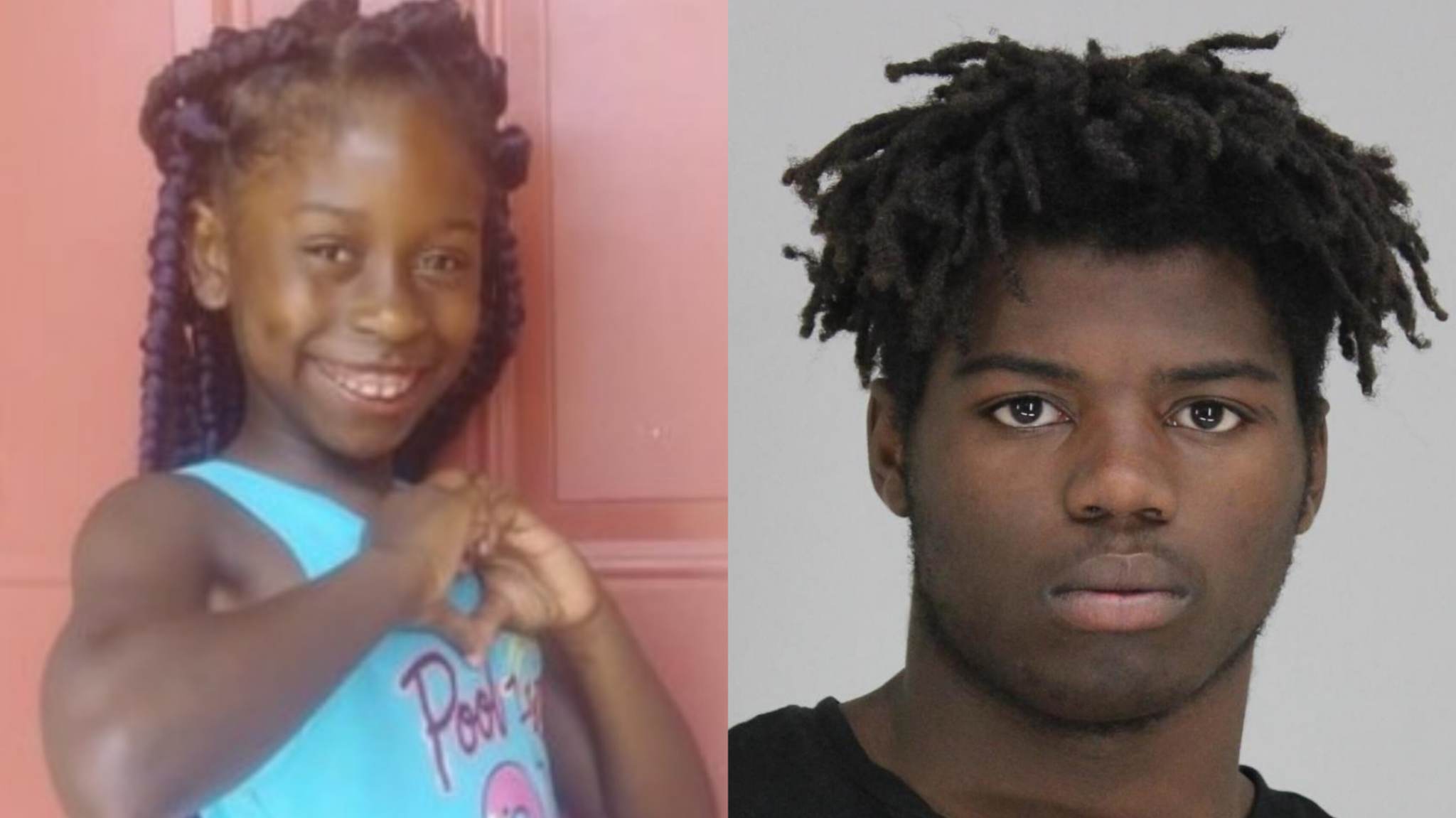 A 22-year-old Texas man was sentenced in his role in the 2019 murder of 9-year-old girl in Dallas.

Davonte Benton was sentenced Monday to 45 years in prison for his role in Brandoniya Bennett’s murder in August 2019. The girl was killed as she walked from the kitchen after she fetched a snack while she watched TV.

Dallas police said the shooting stemmed from a feud on social media between another man, Tyrese Simmons, and someone who lived in the same complex as Brandoniya and her family. Police said Simmons shot into the home after mistaking it for his rival’s. Five bullets pierced the family’s apartment where more children were.

The same Dallas County jury that sentenced Benton also convicted him of murder and fined him $10,000.

Benton was seen in surveillance footage around the time of the shooting running through Brandoniya’s Old East Dallas apartment complex with Simmons.

Elder said she’s never fully present anymore. A part of her is always on the apartment floor holding Brandoniya as blood seeps from her head. Elder differentiates herself as the mother she was before Brandoniya was killed and the mother she is after. But she doesn’t want her kids to notice.

Police initially said Brandoniya was shot while on the couch watching TV.

Jurors saw video footage from Dallas police officer Ryan Lowman’s body camera that showed Brandoniya’s limp body lifted into an ambulance. Lowman then stared inside the back of his squad car where Brandoniya lay while he rushed her toward help. After a few seconds, he walked toward a playground and cursed. He took deep breaths, cleared his throat and grunted as he walked around the yellow slide.

Lowman, a former Marine who served in Operation Iraqi Freedom, said Brandoniya’s murder was “absolutely the worst thing I’ve ever experienced or seen in my life.”

“I think about this incident daily, daily, and I’ll think about it for the rest of my life,” Lowman said.

Defense lawyers Lalon “Clipper” Peale and Jeff Boncek asked the jury for mercy because, they said, Benton was not the shooter. They also pointed to his childhood spent bouncing between homes. Benton’s mother testified his father abused him.

“Would it be any different if Davonte was not involved?” Boncek said. “The sad answer is, ‘No, it wouldn’t be different.’”

But prosecutors Christy Harris and Stephanie Fargo argued Benton abused mercy he received from Collin County prosecutors two days before the shooting Aug. 14, 2019. Benton pleaded guilty on Aug. 12, 2019, to two aggravated robbery charges in exchange for a type of probation that would’ve allowed him to avoid a first-degree felony conviction if he stayed out of trouble, Harris said. Benton held someone at gunpoint in those cases, Harris said. She asked jurors to sentence Benton to life in prison.

“When someone shows you who they are, you should believe them the first time,” Harris said.

Brandoniya’s aunt, Ashton Elder, extended forgiveness to Benton after jurors decided his punishment. She addressed Benton in a victim impact statement and said she believes he was in the wrong place at the wrong time, and she hopes he reflects on his part in the crime.

“We forgive you for the most part,” Ashton Elder said.

Benton nodded and looked toward the ground.

Brandoniya, who was set to start school the following week at Cesar Chavez Learning Center, was popular with her teachers and classmates, said Kelly Brennion, who was an assistant principal at the time. Brandoniya liked to help her teachers and was known to skip PE – a class most kids look forward to – to work on tasks in the classroom, Brennion told jurors.

“Brandoniya was effervescent,” Brennion said. “She was bubbly and she was sparkly. She was a very happy young girl that had a lot of friends.”

“We don’t forget her,” Brennion said.