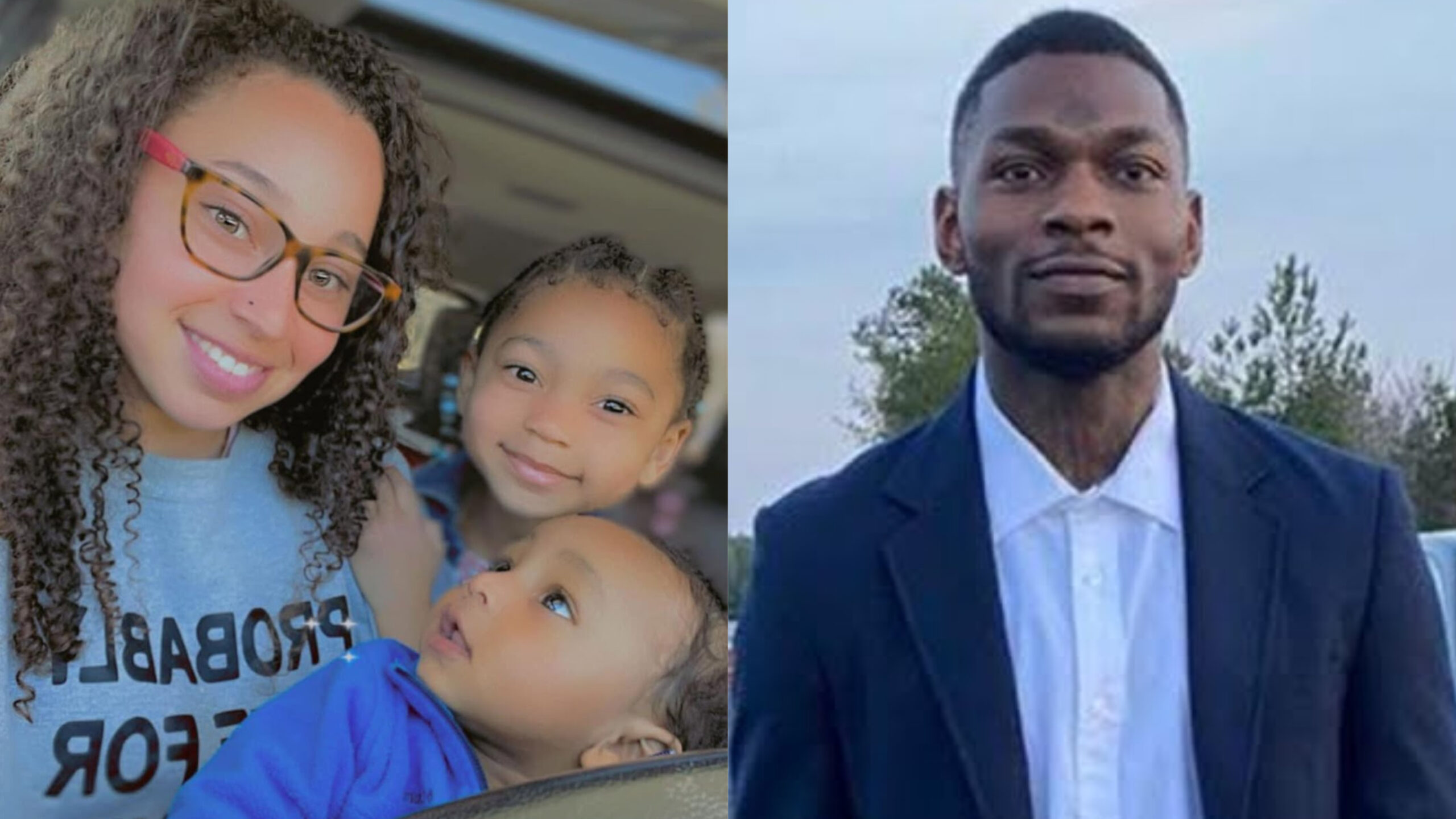 A North Carolina family visited a sheriff’s office hours before the father murdered his girlfriend and their two young kids, then torched their house and killed himself, authorities say.

26-year-old Aschod Ewing-Meeks went to the Davie County Sheriff’s Office with his family April 18 and asked to speak with a deputy but didn’t make it past the reception desk, officials said.

The father then set the house on fire and turned the gun on himself, the sheriff said.

Hartman said the couple had their kids with them when they entered the local sheriff’s office around 12:11 p.m. and asked to speak to a deputy.

“They were very vague about what they wanted,” Hartman said of Ewing-Meek and Brown.

The receptionist asked for their contact information and was allegedly given an address belonging to Brown’s parents. The family walked out after 4 minutes without seeing an officer, Fox 8 reported. It’s unclear why they left.

At 12:35 p.m., Brown then called 911 apparently from inside a car and asked to speak with an officer about unspecified safety concerns, authorities said.

About 10 minutes later, an officer called Brown back and briefly spoke to her before the call dropped or was ended, the sheriff said. Brown had told the officer she was calling for her boyfriend and handed the phone to Ewing-Meeks, according to the department’s timeline.

The officer called back three more times and spoke with Ewing-Meeks, who said “someone was following him,” but he refused to drive back to the sheriff’s office or tell the officer his exact location, Hartman said. The last two calls from the officer, at shortly after 1 p.m., went directly to voicemail, the sheriff added.

At about 2 p.m., a neighbor saw the couple arguing in front of their home. Fifteen minutes later, firefighters were called to the house amid reports that it was on fire.

After the fire was extinguished, they recovered the bodies inside the home. The sheriff said it was one of the worst crimes he had seen in his career.

“I’ve seen a lot in 30 years but children, and especially children that are killed by gunshots and burned, is pretty heinous,” Hartman said.