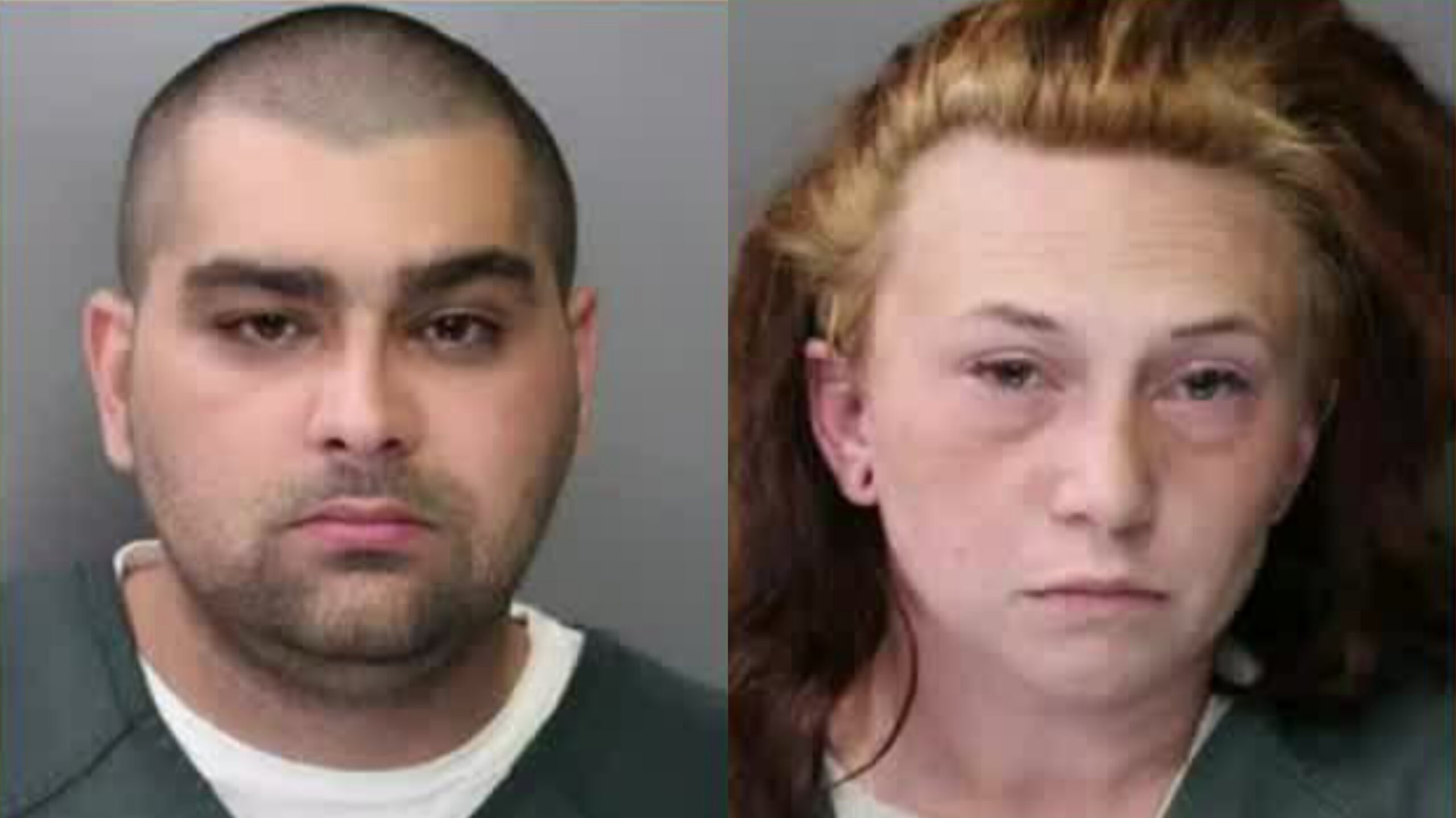 A Massachusetts couple is facing criminal charges after authorities say they beat and raped a woman in front of two children at a hotel in New York.

According to the Onondaga County Sheriff’s Office, 27-year-old Dustin Wilson and 30-year-old Tasheana Flannery were arrested earlier this week on charges including rape, criminal sex acts, aggravated sexual abuse, assault, criminal possession of a weapon, unlawful imprisonment, and endangering the welfare of a child.

Officers responding to a reported sex offense at the Red Roof Inn on Thompson Road in the town of DeWitt on the morning of Aug. 23 spoke with a woman who said she met a couple at the hotel, and that during the encounter, she was “held against her will, beaten, raped, and forced to perform sexual acts on the two in the presence of two children,” the sheriff’s office said in a news release.

The victim was able to escape the hotel room and report the incident to the front desk clerk, who called 911.

Wilson and Flannery were said to be found inside the room where the alleged incident occurred and they were taken into custody.

The two children were also removed from the room and taken to the McMahon Ryan Child Advocacy Center. They were later placed in the custody of the Onondaga County Child Protective Services.

Both suspects are due to appear in court on Aug. 29.

This is a developing story.