Convicted Felon Accused Of Shooting 5 People At Party In Nevada 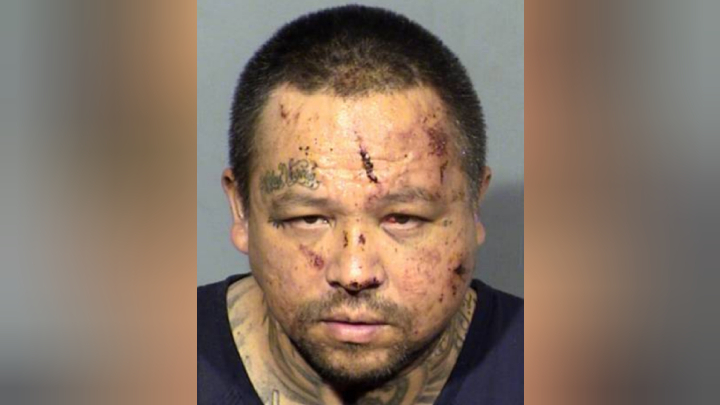 A Nevada man who is accused of shooting five people at a house party in northeast Las Vegas over the weekend is a two-time convicted felon.

36-year-old Alberto Santacruz was taken into custody shortly after the shooting in the early morning hours of Sunday, but police were not able to confirm his identity because he gave them a fake identification card.

Santacruz is not a U.S. citizen.

His previous convictions were for conspiracy to commit kidnapping in 2007 and possession of a controlled substance in 2015, according to the arrest report.

He is now facing several charges following a shooting that happened at a 50th birthday party after he allegedly got into a fight with another man in the backyard of the home on Holt Avenue near East Lake Mead Boulevard and North Nellis Boulevard.

According to the arrest report, Santacruz pulled out a gun and shot the man in the leg, and then began to run from the yard as partygoers started chasing him. Police said surveillance video showed that when he reached the backyard gate, he turned around and began firing at the group of people, injuring others.

One witness told police she saw “bodies on the ground” and “people screaming for help,” the report said.

As many as 15 people chased Santacruz into the street where he was tackled to the ground but continued to shoot his gun until someone stepped on his hand holding the gun and disarmed him, the report said.

Santacruz is facing the following charges:

Police said there were around 100 people at the party, including children. Five people were shot and transported to the hospital. Two suffered critical injuries.

Santacruz suffered some minor injuries to his face when partygoers tackled him. He was transported to the hospital for treatment Wednesday.

He is due to appear in court Thursday morning.