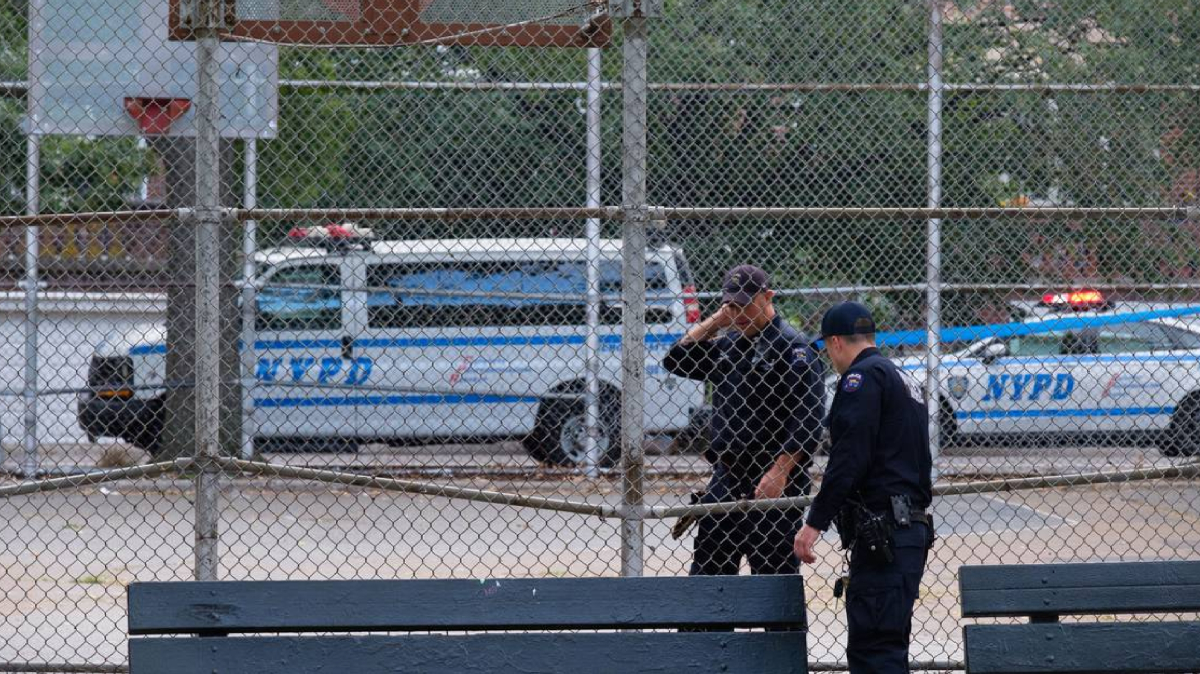 A New York woman was shot and critically wounded in broad daylight in a Brooklyn schoolyard Tuesday, with her baby’s father taken into custody afterwards, cops said.

The 36-year-old mother, Shatyra Wingate, was found shot in the head outside of Marine Park Middle School on Stuart Ave. near Fillmore Ave. — less than a mile from her Sheepshead Bay apartment building — just after 4:10 p.m., police said.

She and the man had been arguing, according to cops. Police are investigating the incident as a possible suicide attempt, though the man was arrested and remained in custody Tuesday night.

“There was a shot and she was on the ground in a pool of blood. The ambulance came and picked her right up,” said Billy Cranston, 83. “A young woman. A total shame. A real shame. Everybody was here in minutes.”

Cops said a 1-year-old baby was in the vicinity when the shooting took place, but could not immediately confirm whether it was the woman’s child.

Police recovered footage of the infant’s father entering the park before the shooting and leaving afterwards with the child in tow, but they did not immediately obtain footage of the shooting itself, a police source said. The woman had sent her niece “some sort of suicide note,” the source added.

The nearby middle school, which holds after-school programs, went into lockdown following the shooting, a police source said.

Wingate was rushed to Brookdale University Hospital, where she was in critical condition as of Tuesday night.