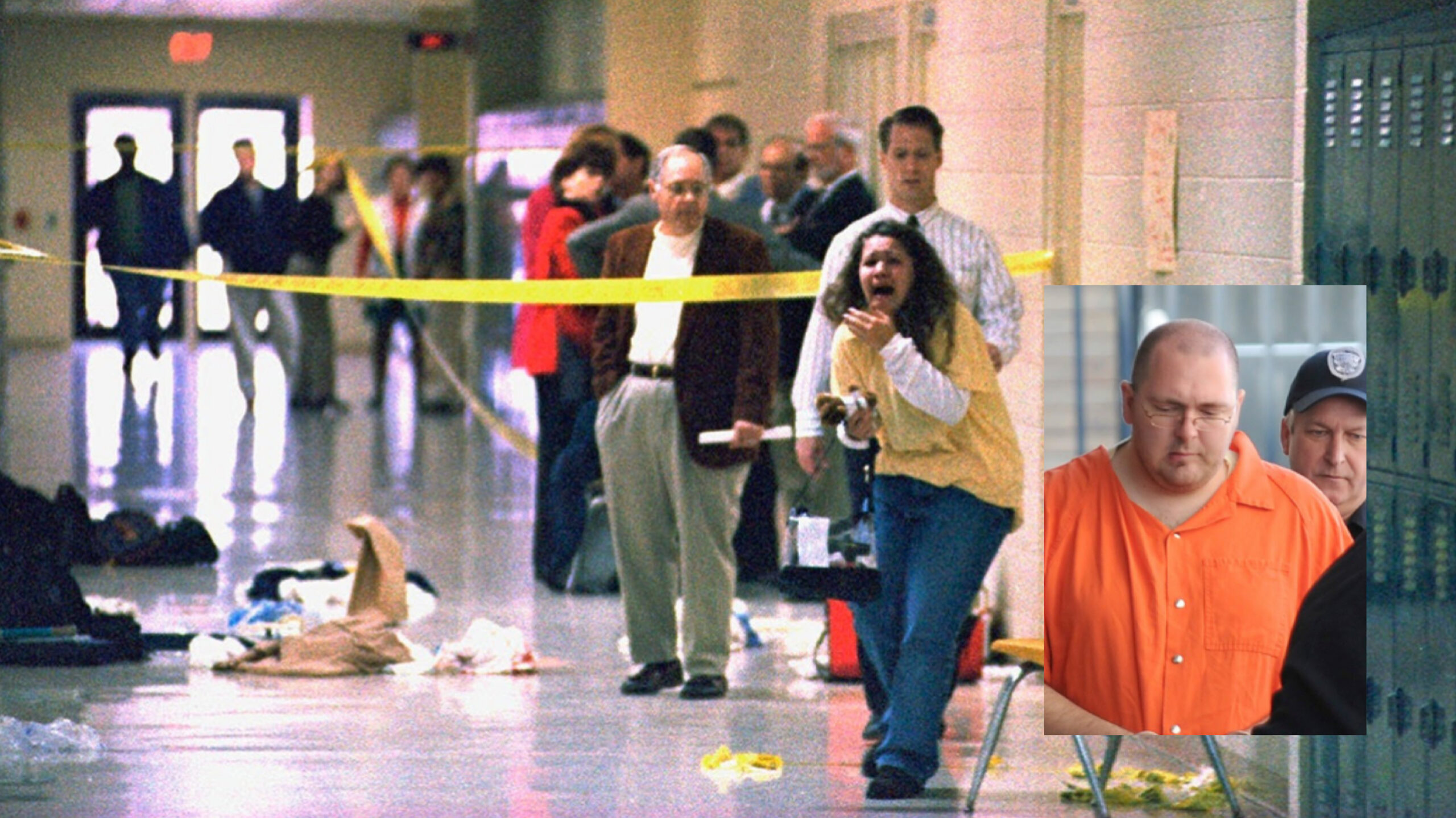 A Kentucky man who killed three students and injured five more in a school shooting 25 years ago at the age of 14 has a chance at parole this week.

39-year-old Michael Carneal was a 14-year-old freshman in 1997 when he fired a stolen pistol at a before-school prayer group in the lobby of Heath High School, near Paducah, Kentucky. He received a life sentence with the opportunity for parole after 25 years, the maximum allowed at the time for someone his age.

A hearing was scheduled for Monday that could include testimony from surviving victims and witnesses.

In one of the few interviews he has given since the shooting, he said, “I perceived my life as miserable. Nobody loved me and nobody cared.”

Carneal said then that he was sorry for what he had done and acknowledged that he was only thinking of himself at the time, not the people he would hurt and kill.

He said there was no simple answer for why he lashed out, but he was suffering from delusions and paranoia at the time. He said that therapy and medication he received in prison had stabilized his mental health. “It seems weird to say, but I am not really a violent person,” he added.

Carneal’s parole hearing is scheduled to start on Monday with testimony from those injured in the shooting and close relatives of those who were killed. On Tuesday, Carneal will make his case for release from the Kentucky State Reformatory in La Grange. If the board rules against him, they can decide how long Carneal should wait before his next opportunity to seek parole.

Those killed were 14-year-old Nicole Hadley, 17-year-old Jessica James, and 15-year-old Kayce Steger. The injured include Missy Jenkins Smith, who was paralyzed and uses a wheelchair. She met with Carneal in prison in 2007 and had a long conversation with him. He apologized to her, and she said she has forgiven him.

“A lot of people think that exonerates him from consequences, but I don’t think so,” she said, adding that she is opposed to his release from prison. She worries that he is not equipped to handle life outside of prison and could still harm others. She also doesn’t think it would be right for him to walk free when the people he injured are still suffering.

Commonwealth’s Attorney Daniel Boaz, the lead prosecutor for the area that includes Paducah, wrote a letter to the Kentucky Parole Board on Sept. 9 opposing Carneal’s release.

“I experienced and witnessed the immediate effects of Michael Carneal’s actions on December 1, 1997, and have dealt with the effects of his actions since then,” Boaz wrote.

The families of the children who were killed suffered a “loss is too vast to be put into words,” he wrote. While incarcerating Carneal for the rest of his life “may seem like a harsh penalty, it is only a pittance in comparison to what these families suffer.”